Siem Car Carriers’ latest vessels, Siem Confucius and Siem Aristotle, were built at Xiamen Shipyard in China and have recently entered service. They are the very first trans-Atlantic PCTCs (pure car truck carriers) to operate full-time on LNG and transport cars for the VW Group between Europe and the USA.

The owner believes that the pair will prove that the ships can be serviced and operated based on climate-neutral fuels that will assist in the decarbonisation of global trade.

A comprehensive LNG bunkering fuel supply agreement has been signed with Shell to guarantee that all voyages will exclusively utilise LNG fuel.

Both vessels were designed and equipped with two liquefied gas tanks with a capacity of 1,800 cubic metres each, which will be enough to complete the round-trip from Europe to the USA and back with reserves of 10 per cent, sufficient for several days of service.

They will transport cars for the Volkswagen Group on the America Round Tour, from Emden to Mexico via the east coast of the USA and back to Emden. The Siem Confucius and Siem Aristotle will replace two of the nine conventional heavy oil-powered ships on the trans-Atlantic route, representing a significant step towards Volkswagen’s strategic goal of climate-neutral logistics for its long-distance shipment of vehicles.

The owner’s goals were to reduce emissions and to focus increasingly on environmentally friendly propulsion systems, so both vessels are equipped with dual fuel systems to reduce greenhouse emissions.

LNG bunkering with the same amount of mass as HFO requires around 80 per cent more fuel volume onboard, therefore a design incorporating the required volume of LNG tanks was a significant technical challenge.

The LNG bunkering system resulted in some conjectural, systemic, operational, technical and safety challenges which had to be overcome, resulting in a unique bunker station completely different than those on traditional vessels.

The vessels each have an erect stem, a bow thruster, transom stern, and streamlined, semi-balanced rudder. Propulsion is set up to burn liquefied natural gas (predominantly methane), transported and stored at a temperature very close to its boiling point at atmospheric pressure of approximately –160°C. Backup fuel is low-sulphur marine diesel oil. 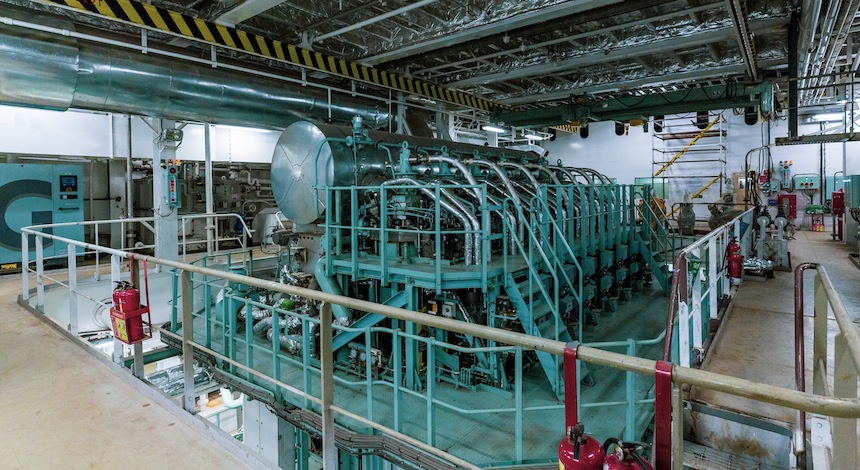 Finally, each vessel is driven by a four-bladed MAN Alpha Kappel fixed pitch propeller with a diameter of 6.95 metres. In eco-speed mode, the ships run at 16.5 knots.

MAN said that these are the very first L28/32DF units approved for Tier III operation without SCR (selective catalytic reduction), as well as being the first to be built in a seven-cylinder variant. All gensets are turbocharged by individual MAN TCR 16 (for the 9L28/32DF units) or TCR 18 (for the 7L28/32DF units) turbochargers, with the entire setup overseen by MAN’s proprietary SaCoS engine-control system.

“The intelligent engine concept widens the reliability of traditional engines to facilitate new applications and concepts,” a Siem Car Carriers representative told Baird Maritime. “The initial cost of such engines is quite high but the operational cost is lower than other engines if used with proper operating procedures and trained crew.”

A central electronic control system, the brain of the system, monitors and evaluates the general condition of the engines to keep operating parameters within limits and maintain the optimal performance of the engines. 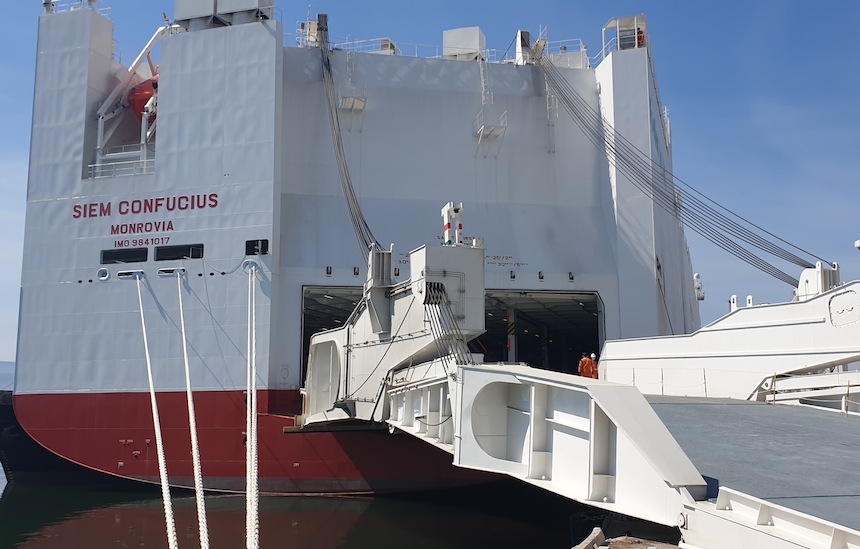 Each of the 200- by 38-metre newbuildings operated by Siem Car Carriers will be capable of carrying 4,700 vehicles. Each features 13 car decks including one garage deck – nine of which are fixed, and four liftable.