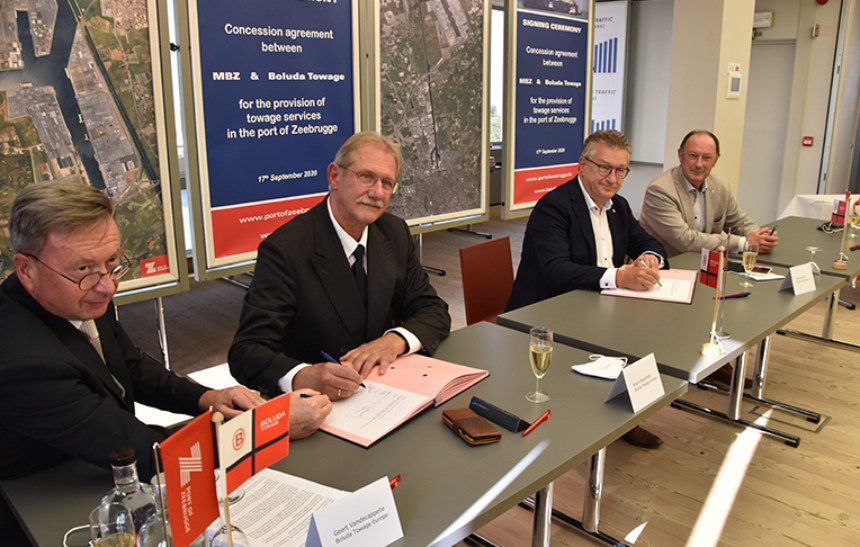 Boluda Towage Europe and the Port of Zeebrugge have formally entered into a concession agreement for towage services over a firm period of five years starting from January 1, 2021.

The agreement calls for the use of eight IMO Tier III-compliant tugs and also has an option to extend the concession by another three years.

The Port of Zeebrugge had earlier confirmed the award of the concession to Boluda following a competitive tender process.

The eight tugs that will serve the port under the concession are the retrofitted Union Koala and the newbuilds VB Bolero and VB Rumba. The latter two vessels are currently under construction at Damen Song Cam Shipyards in Vietnam and are scheduled to be delivered in December.