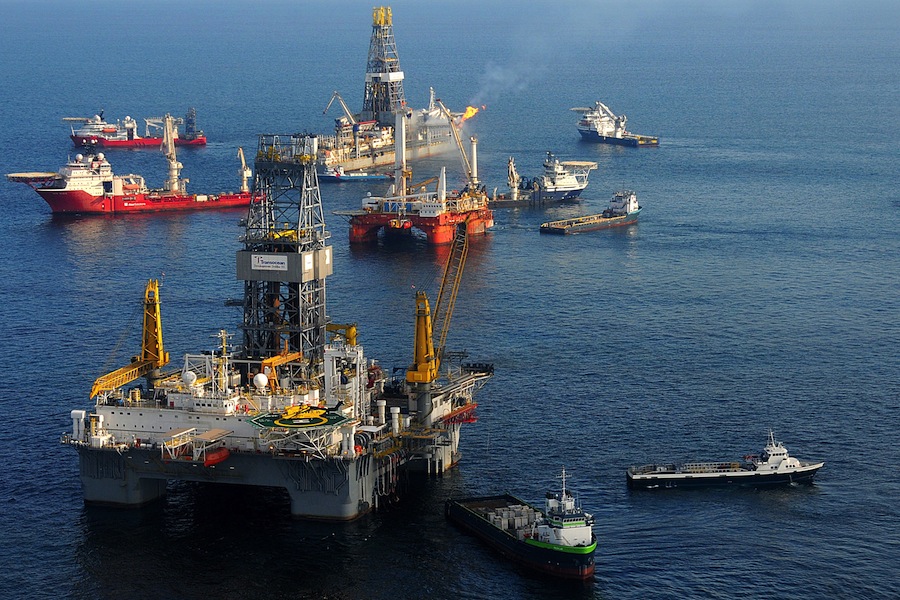 Even in the depths of the current Covid-19 and oil glut caused global depression, we still learn of the occasional order for or launching of new offshore service vessels (OSVs). They may be very specialised but they are still OSVs.

The overall international OSV market has been depressed for several years. Many of the leading operators, from Bourbon to Tidewater, have gone broke recently. Regular readers of Baird Maritime would be painfully aware of that fact. For the decade from about 2005, there was massive over-ordering facilitated by the “easy money” arising from the Global Financial Crisis. The industry rapidly became grossly over-geared and, similarly, “over-boated”.

Many of the vessels built between 2005 and 2015 were large, powerful and versatile. If they have been well maintained, they will still be good and useful ships. They will put a significant dampener on the OSV newbuilding market for quite a few years to come. The second-hand market remains almost totally moribund.

Obviously, despite the best efforts of the Green movement, “world oil” is not dead yet. Another oil boom will undoubtedly come along in due course. It is to be hoped, though, that it will not inevitably result in the kind of bust that we are currently experiencing. However, every time we have generational change, the experience and wisdom accumulated by one generation of OSV operators is, seemingly inevitably, discarded and ignored by the next. That seems to be the way of the world, especially the oil world, but it is terribly wasteful.

Inevitably, many of the hang over (or is it “hungover”?) OSVs of the current OSV crash will find other uses and will gradually depart the sector. Some will go to service wind farms; others to aquaculture; to seabed mining; to fishing; to navies; and, to tug and salvage activities. It just requires imagination to find new uses for the OSVs that remain in good condition.

The grossly over supplied OSV market will gradually clear and the current trickle of new vessels will expand. Hopefully, however, that trickle will not become a flood.

COLUMN | Singing from the same songsheet: BP, Subsea7, Allseas, PGS and the rest

– “Despite the recovery in the oil price since March, with Brent now trading back above $40 a barrel, the plunge in oil prices to below $20 saw the industry’s recessionary script play out at turbo-charged speed. The impact is still being felt even as oil prices normalise.”

– “After the course I never had any fear of flying or crashing over water. However in the 10 years I had in Western Australia and regularly having to undertake a HUET course, I met some people who were petrified at the thought of doing it.”

– Alex Lang, pilot and Master with decades of experience in Australia and New Zealand

COLUMN | Black Lives Matter for Ørsted…except in the windfarm workforce

COLUMN | Mozambique: the AK-47 points the way for Total, Exxon and ENI

– “So, a corrupt country rich in resources, but with an impoverished people, faces an armed Islamist insurgency that threatens its oil and gas exports and the raises the possibility of a violent civil war. It could be Nigeria, Yemen or Libya. Let’s hope that Mozambique doesn’t go down that road.”

– “The kingdom has other, new and unusual punishments in its arsenal, and the ability to inflict pain on millions in the oil and gas industry without physically lashing a whip.”

COLUMN | Timing is everything: Finarge, Sevnor, Gazprom and Nord Stream 2

– “Timing is everything, as Finarge showed in its deft exit from the new building in 2015. Whilst Sevnor may appear to have mistimed the North Sea spot market badly by acting in February, its timing would be a happy accident for Gazprom.”

Any news or views about the global offshore industry? Send it through to [email protected] ASAP (between now and December 20), so we can add it to this current edition of Offshore Week!

Sign up here to be notified in advance about future Offshore Weeks.