Written by Baird Maritime on September 7, 2018. Posted in Ships (Naval). 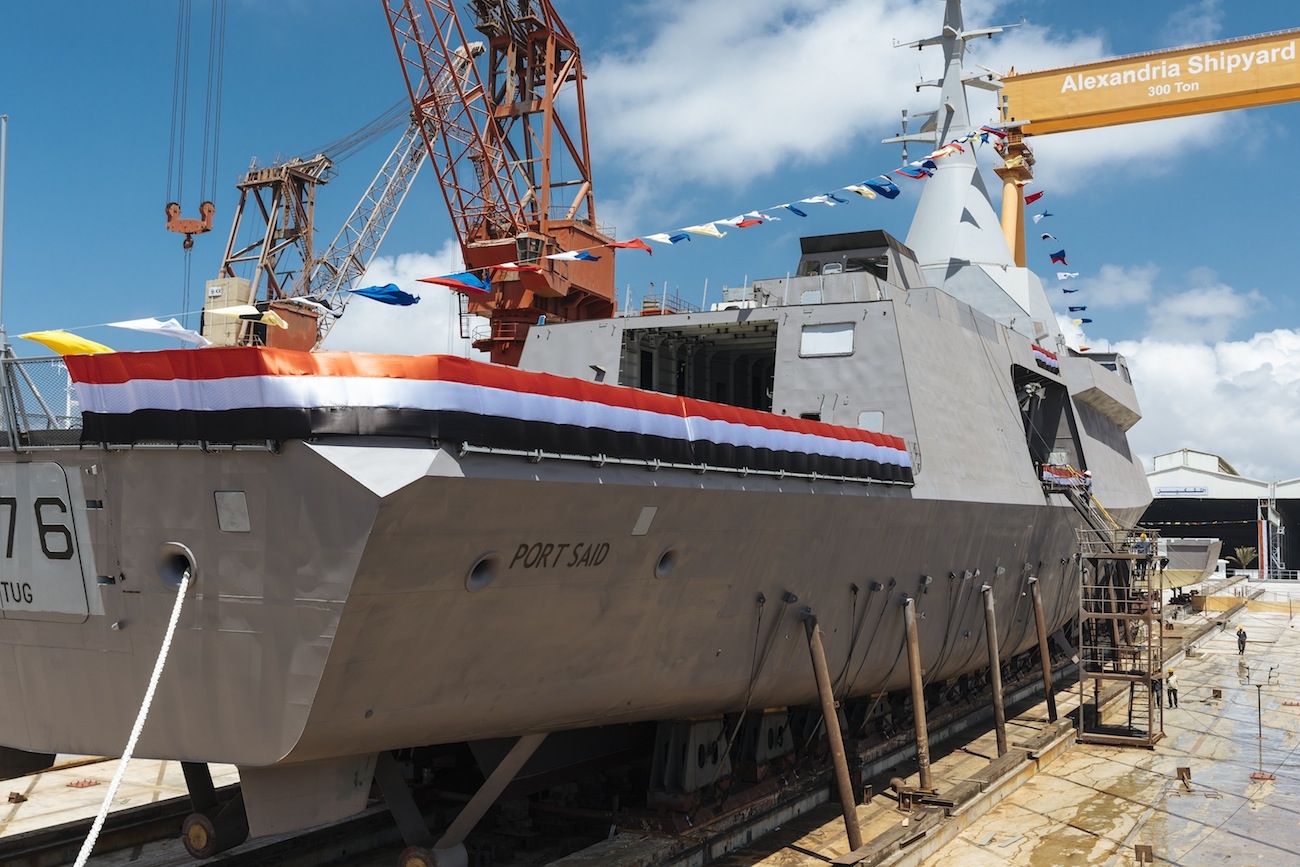 The launching ceremony of the corvette Port-Said, the first modern warship built in Egypt, took place on September 6 in Alexandria at Alexandria Shipyard.

Port-Said is the fifth ship designed by the Naval Group and operated by the Egyptian Navy, after the already delivered FREMM frigate Tahya Misr in 2015, the two Landing Helicopter Docks Nasser and Sadat in 2016 and a similar corvette, Elfateh, in 2017.