Written by Baird Maritime on August 1, 2018. Posted in Catching. 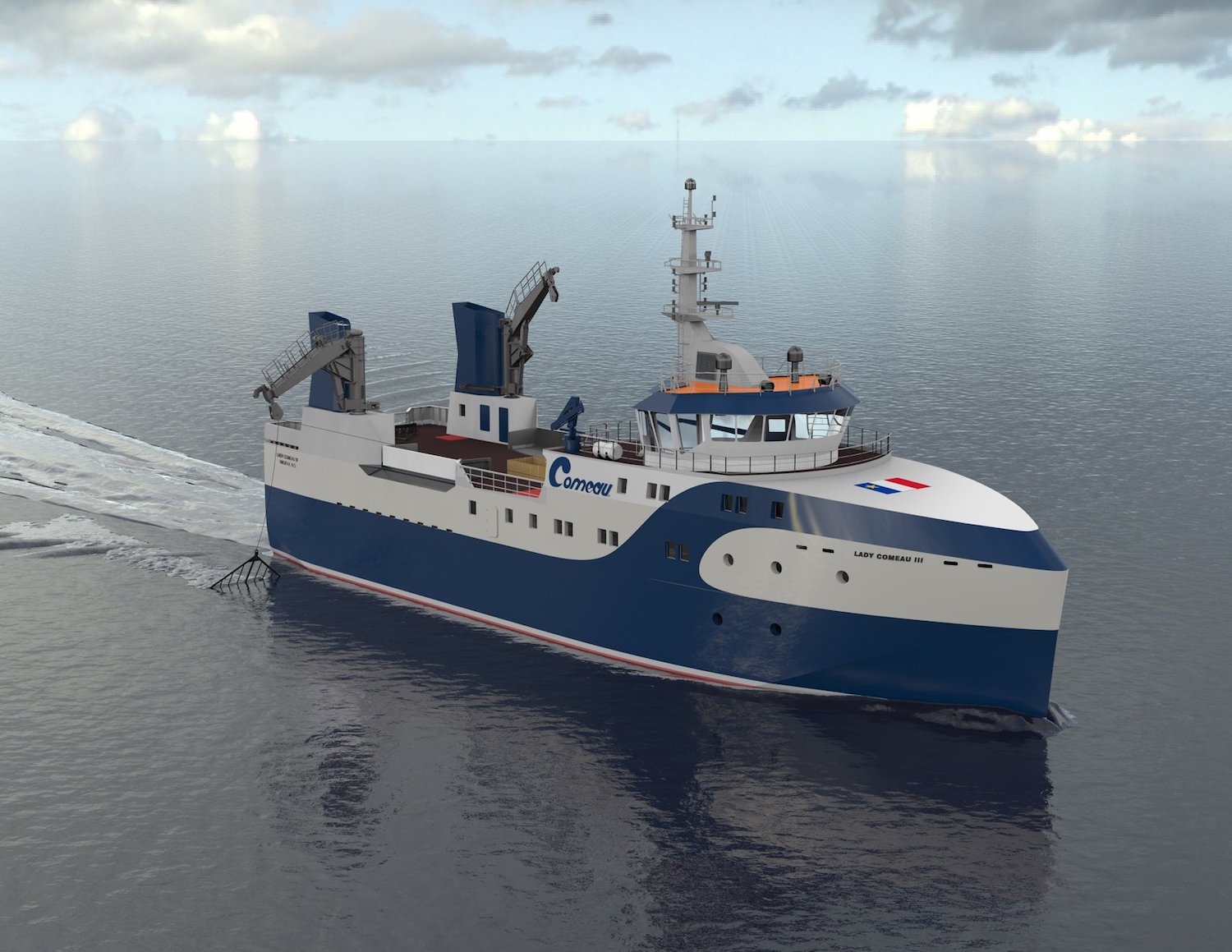 Bedford-based Allswater Marine provided the design and architecture for the new build.

The steel cutting and keel laying of the new vessel is scheduled to begin in the next few months.

Construction of the vessel, to be named Lady Comeau III, is anticipated to last 20 months with an expected delivery for Spring 2020.