REMINISCENCES | Bridges too far – The manifest virtues of ferries 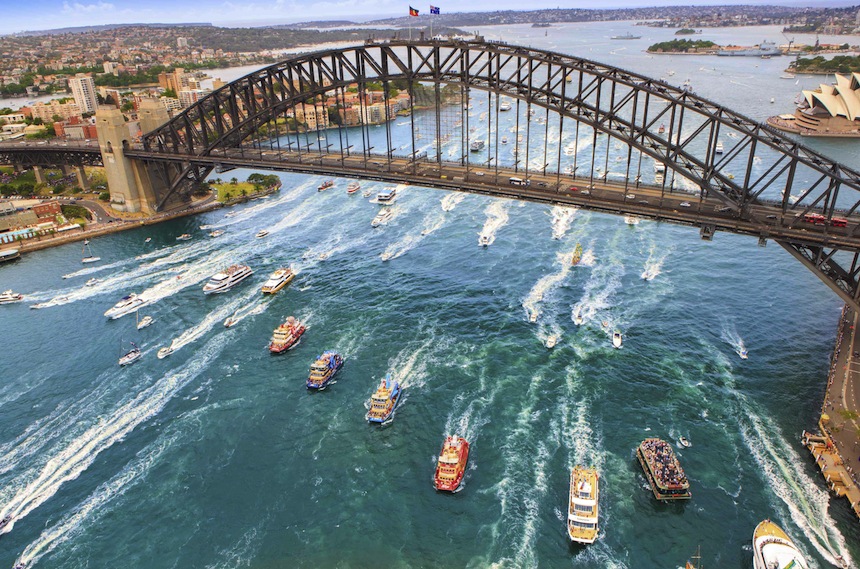 We should build a bridge, urges the Prime Minister of the UK, across the North Channel that divides Scotland from Northern Ireland. He might, of course, be speaking metaphorically, or even politically, throwing another spanner into the Brexit debate and further enraging his foes in Brussels. But there is something about bridges that gets politicians engaged, where they appear unaware of existing and more flexible links across bodies of water.

It is maybe not difficult to conceive of the attractions of massive capital projects; vast and improbable schemes that will have civil engineers, manufacturers of steel and concrete structures getting very excited. These people tend to be well connected, lavish donors to political parties and employ influential lobbyists. And it is a superficially attractive message they broadcast.

A political decision to allocate a few billion from public funds for such an exciting and vital infrastructure project, will offer to employ thousands, send the shares of the construction companies rocketing, and promise to use up vast quantities of cement, aggregate, steel and construction machinery and bring with it an aura of political decisiveness that is a vote-winner. And even in the event that the politician loses office with the scheme remaining uncompleted (and perhaps several times over budget), giant construction firms need directors with political experience, don’t you know. It’s all about “legacy”

A fixed link across the stormy, deep and treacherous Irish Sea might seem quite impractical, but around the world, the “perfect triangle” which combines technology, access to taxpayers’ money and political will have seen plenty of equally improbable schemes being devised. The Straits of Messina, the Dardanelles, a number of schemes in the Baltic and Japan have demonstrated enormous scope for concrete and steel. A bridge across the Straits of Gibraltar seemed on the cards for some years, although that will get short shrift in these worrying days of mass migration out of Africa. Meanwhile, there are plenty of people in the Isle of Wight agitating for a bridge across the Solent.

Let us not diminish in any way the respect due to the designers and engineers who can translate these massive projects into reality. These days, it would seem that there are few straits and channels which, given a green light, could not be bridged with some sort of fixed link. Just find the money. Somebody once told me that Tasmania would benefit from a bridge across the Bass Strait and that only the fear of earthquakes and a shortage of taxpayers to foot the bill, prevented a link between New Zealand’s North and South islands.

In all this civil engineering inspiration, not enough people can be found to champion the flexible ferry links that are actually doing the business and, given sufficient will and demand for their services, could invariably expand quickly and economically. Nobody has yet pointed out the logistic stupidity in funnelling all the traffic between two sizeable islands up and down through a single conduit, when there are nearly a dozen freight and passenger services available between all parts of the two British islands. Why change the habits of several travelling lifetimes?

It seems a sad fact that few political leaders, in any shape or size or complexion, can be found who can understand the value of ferries and their potential for good. It’s not just ferries – they don’t understand anything about shipping and even struggle to comprehend decision-making on port development, too.

“Bridges, or tunnels for that matter are also vulnerable targets in an uncertain world”

What is the problem with ferries? Maybe they don’t employ enough people who have relevant votes, while the companies who own them might well be foreign and almost certainly will lack the connections enjoyed by the civil engineer and construction giants. Yet there is a strong case to be made for their manifest virtues. Ferries are hugely flexible and these days have remarkable capacity to move an enormous quantity of freight and passengers fast.

I recall vividly the temporary chaos caused by militant French fishermen, with vast convoys of trucks parked up on both sides of the English Channel. Once the fishermen had gone back to their proper jobs, with the terminal staff working like Trojans, the backlog was cleared by these huge and capacious ships in hours. Ferries can be shifted between routes, they can cope with the fluctuations of seasonal demands and can demonstrate tremendous potential for capacity increases, if the demand requires it. Why spend billions bolting bridge components together, when in a matter of weeks you can bolt on extra sailings? That, surely is not something that is difficult for a politician to understand?

A few other points might be made. Bridges have a finite life – they don’t make them like the old Forth Railway Bridge or that fine structure across Sydney Harbour, which modern civil engineers will dismiss as “over-engineered”. A well-maintained ferry will last thirty or forty years, and can still be replaced for a tiny fraction of a fixed link. Bridges, or tunnels for that matter are also vulnerable targets in an uncertain world.

So let’s hear it for ferries and when some politician, enthused by the attractions of a stupendous engineering structure starts waxing too lyrical about its political benefits, lets remind him or her of our flexible, floating friends, the ferries.

Submissions wanted! Do you have an exciting, amusing or downright dangerous anecdote from your time in the maritime world? Each week, we will feature new personal experiences from across the globe. Submissions to: marinfo@baird.com.au.