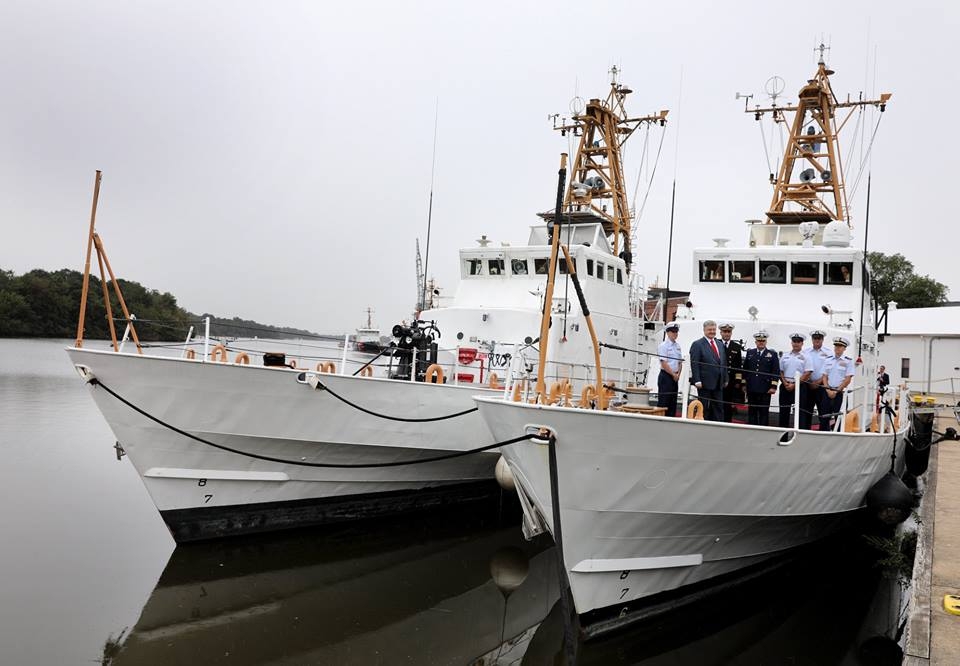 The US Coast Guard formally turned over two of its decommissioned Island-class cutters to the Ukrainian government on Thursday, September 27.

The 34-metre cutters will sail for Ukraine in the fall of 2019 after their final outfitting and the training of Ukrainian Navy crews in the United States.

Both vessels were built by Bollinger Shipyards and are equipped with 25-millimetre M242 Bushmaster autocannons and 12.7-millimetre M2 Browning machine guns.