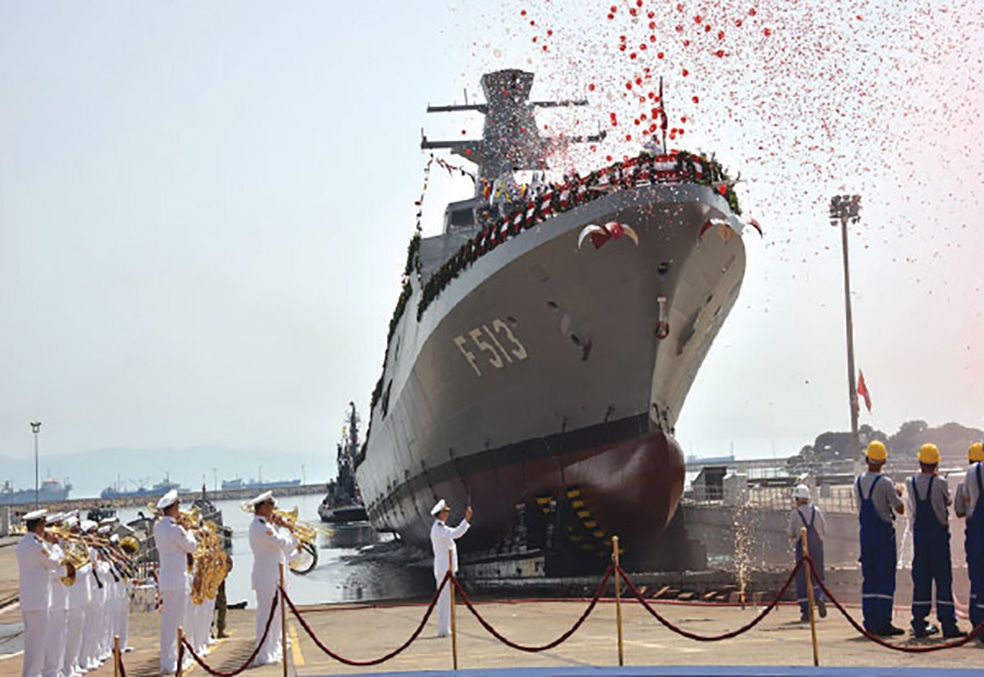 The 99.5-metre Ada-class corvette is set to be delivered to the Turkish Navy between June and September.

TCG Burgazada was launched in June 2016 after starting construction at the Istanbul Naval Shipyard in December 2014. She can reach speeds of 29 knots.

The first two ships in the class, TCG Heybeliada and TCG Buyukada, are already in service.

The ceremony also included the start of construction on the first of the second batch of MILGEM warships, the future F-514 TCG Kinaliada.

The second batch will be classified as frigates instead of corvettes as they will be slightly larger than the first four units.