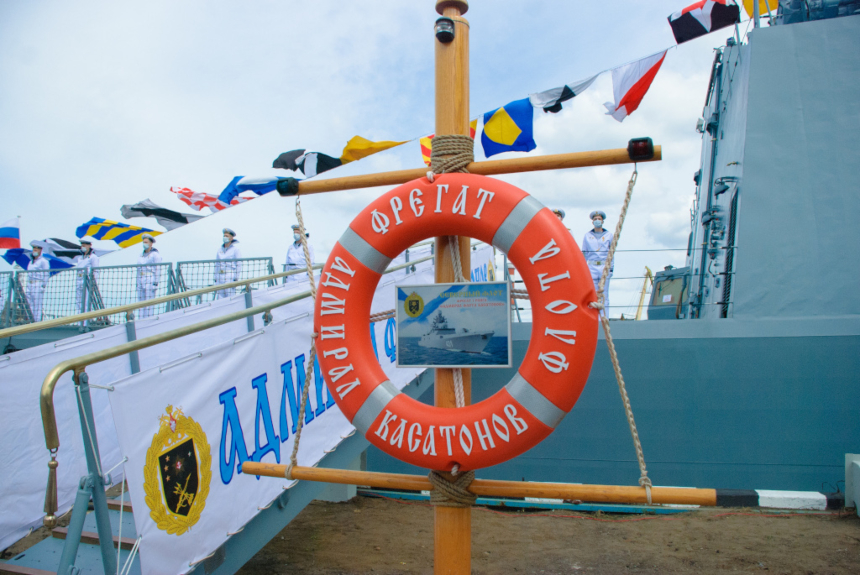 The Russian Navy commissioned the guided missile frigate Admiral Flota Kasatonov into service in a ceremony on Wednesday, July 15.

The 135- by 16-metre vessel is the second to be built under Project 22350, otherwise known as the Admiral Gorshkov-class. Missions will include anti-surface warfare, anti-submarine warfare, anti-air warfare, maritime border patrol, and escort for amphibious task forces.

The frigate was completed at the facilities of United Shipbuilding Corporation’s (USC) Severnaya Verf shipyard.