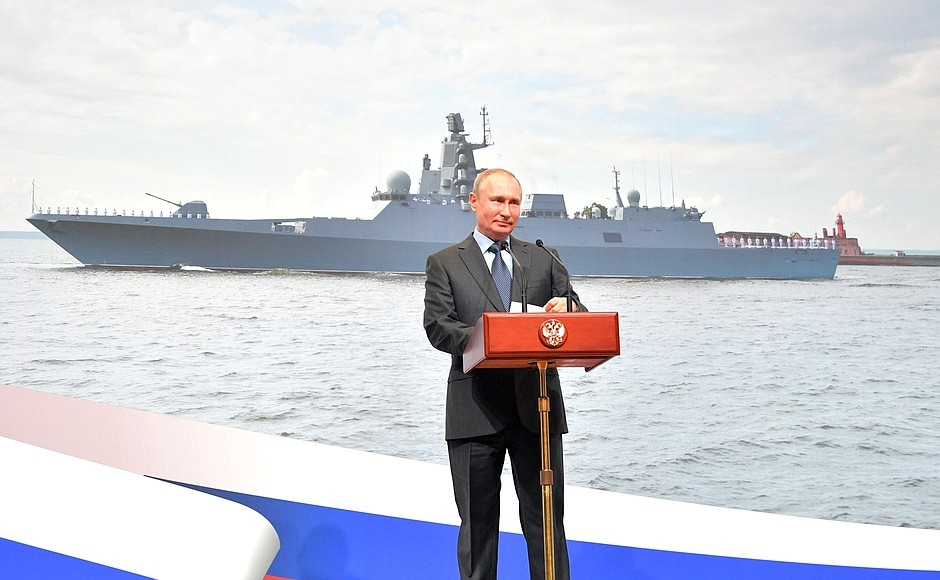 Russian President Vladimir Putin was guest of honour at the ceremony in which the keels of the Project 22350 frigates Admiral Amelko and Admiral Chichagov were laid.

The two frigates are the fifth and sixth ships under Project 22350 or Admiral Gorshkov-class and are scheduled to enter service in 2024 and 2025, respectively.

The frigates will each have a length of 120 metres, a beam of 14 metres, a draught of 4.5 metres, and a full load displacement of 5,400 tonnes once completed.