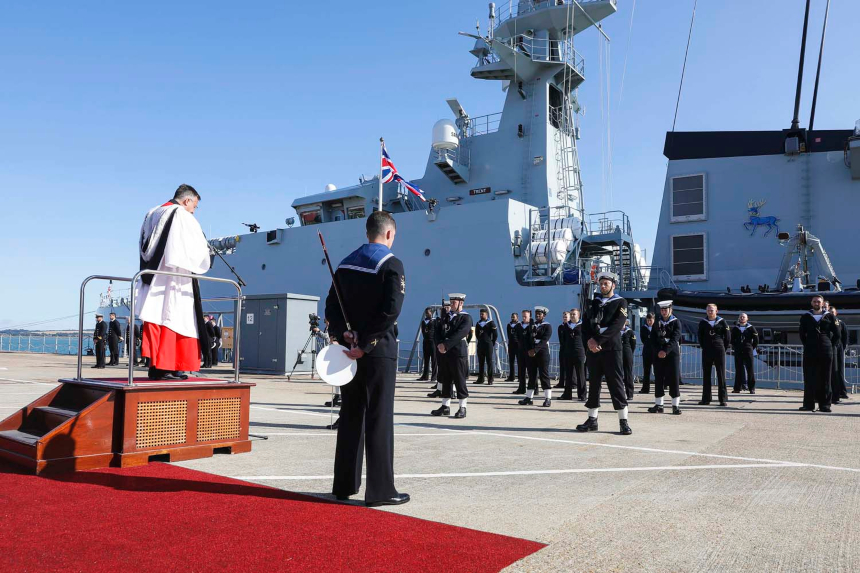 Trent was delivered to the navy in December 2019. It is the third of the Batch Two River-class vessels built by BAE Systems.

Compared to earlier River-class OPVs, the Batch Two ships are faster, more heavily armed, can accommodate more personnel, and can conduct helicopter operations with aircraft up to the size of the 10-tonne Merlin operated by the Royal Navy and other NATO allies.

Within hours of its commissioning, Trent sailed on its maiden deployment as part of Operation Sea Guardian, a NATO maritime security operation aimed at deterring international crime and terrorism in the Mediterranean.