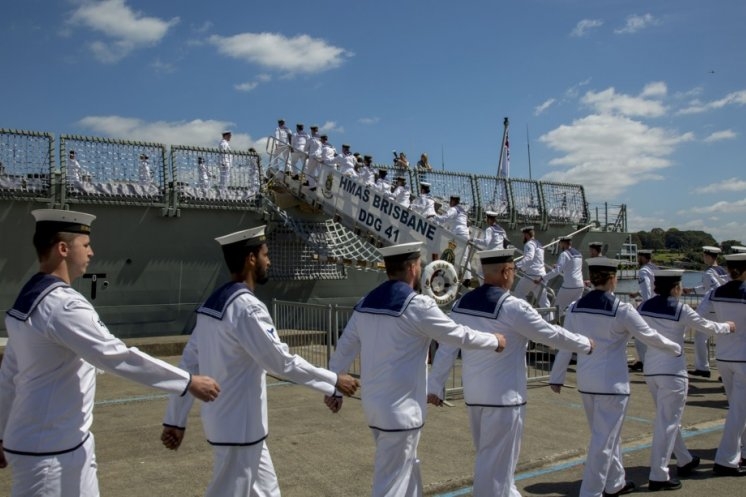 The Royal Australian Navy (RAN) welcomed a new ship into the fleet on Saturday, October 27, with the commissioning of the guided missile destroyer HMAS Brisbane.

The second of three Hobart-class destroyers, Brisbane is the third ship to carry the name.

The ship is set to undergo a test and evaluation period where it will integrate into the fleet and navy personnel will train to operate it.

Brisbane will provide air defence for accompanying ships, in addition to land forces and infrastructure in coastal areas, and for protection against missiles and aircraft.