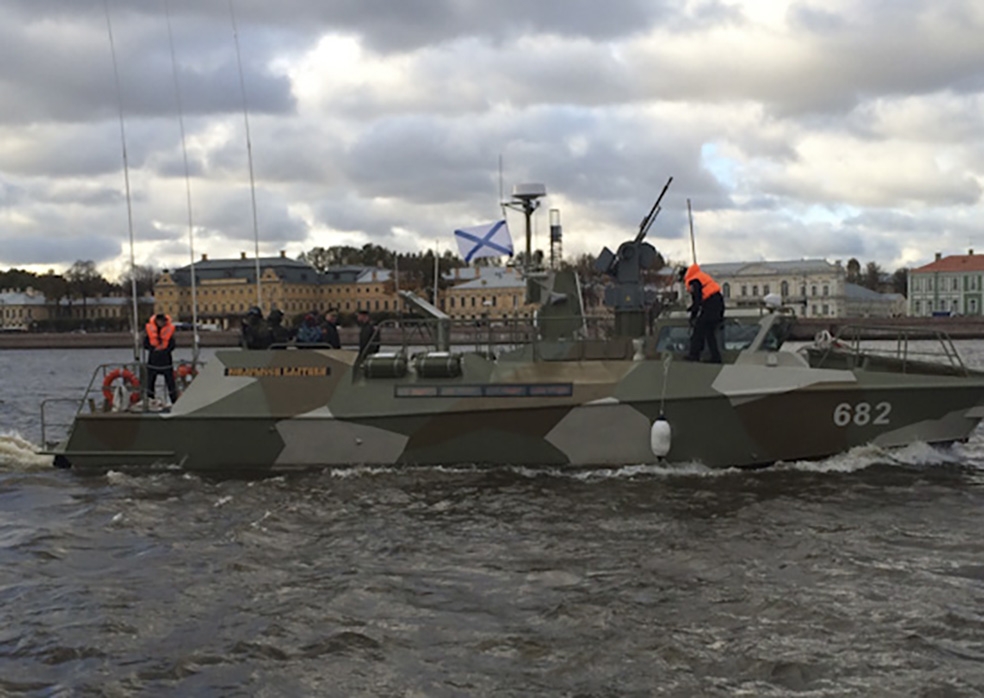 Capable of reaching of up to 50 knots, the 16.9-metre by 4.1-metre ships are designed to patrol assigned maritime zones, including the coastal zone of seas, straits and mouths of rivers during ice-free periods.

The Project 03160 vessels, which are being built at the Otradnoye-based facility in the Leningrad region, will join the Baltic fleet of the Russian Navy upon delivery.

They can transport up to 20 persons and operate within 160 kilometres of the shore.

Powered by 1640kW engines, the boats are armed with a remotely controlled 14.5mm gun and two 7.62mm Pecheneg machine guns.