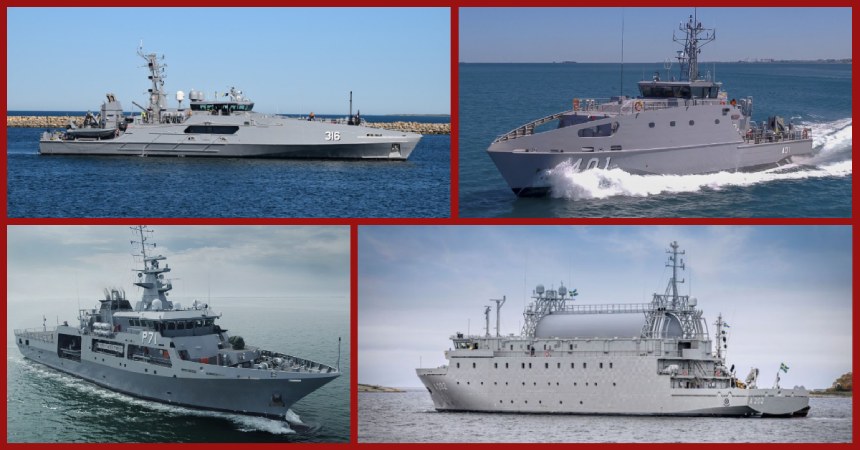 Newbuild patrol vessels have been handed over to naval operators in Malta and Australia and a Swedish-built intelligence-gathering ship is nearing delivery. The Australian government meanwhile places an order for a new patrol boat for an undisclosed Pacific Island neighbour.

Italian shipbuilder Cantiere Naval Vittoria has handed over a new offshore patrol vessel (OPV) to the Maritime Squadron of the Armed Forces of Malta.

P71 will be the Armed Forces of Malta’s newest flagship. Its missions will include coastal and offshore surveillance and search and rescue in the central Mediterranean.

With a full load displacement of over 2,000 tonnes, a length of 74.8 metres, a beam of 13 metres, and a draught of 3.8 metres, the OPV can accommodate a crew of nearly 50 and an additional 20 personnel. The elevated bridge offers 360-degree visibility and is equipped with ballistic protection according to STANAG 4569 level 2.

The ABS-classed OPV is powered by two 5,440kW diesel engines that drive controllable-pitch propellers to deliver a maximum speed of over 20 knots. Patrols at lower speeds of between nine and 12 knots can be accomplished with the aid of two electric motors powered by three 750kW generators.

Like its sisters, the future ADV Cape Naturaliste has an aluminium hull, a length of 58 metres, space for up to 32 people, and a standard armament of two pintle-mounted 12.7mm machine guns.

The boat was built for sustained operations lasting a maximum of 28 days or covering a range of 4,000 nautical miles in conditions up to Sea State Four. Deck space is also available for two small response tenders to conduct at-sea boardings and interceptions.

The future HSwMS Artemis will replace the intelligence ship HSwMS Orion, which has been in operation since 1984.

The newbuild will be handed over to the country’s Defence Materiel Administration upon completion of an ongoing test and verification period.

The Australian government has ordered an additional Guardian-class patrol boat from Austal Australia for AU$15.2 million (US$9.83 million).

The 39.5-metre, steel-hulled patrol boat is in addition to the 21 Guardian-class boats ordered by the government under the Pacific Patrol Boat Replacement Project (SEA3036-1) in 2016. Fifteen of the 21 vessels have been delivered to 11 Pacific Island nations since 2018 under the government’s Pacific Maritime Security Program.

The vessel will be constructed in Austal’s Western Australia facilities and delivered in September 2024.