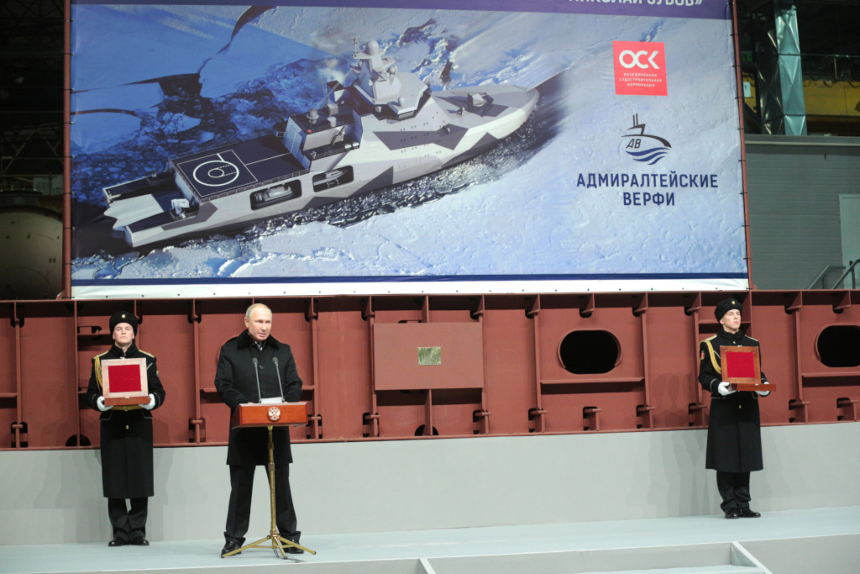 Russian President Vladimir Putin was guest of honour at the keel-laying ceremony for the second Project 23550 icebreaking patrol vessel, which is named after Russian naval officer and Arctic explorer Nikolay Nikolaevich Zubov. Its area of operations will be Russian Arctic waters, particularly the Northern Sea Route.

In addition to being used for patrol and icebreaking duties, Nikolay Zubov and sister vessel Ivan Papanin will have a secondary ship towing capability.