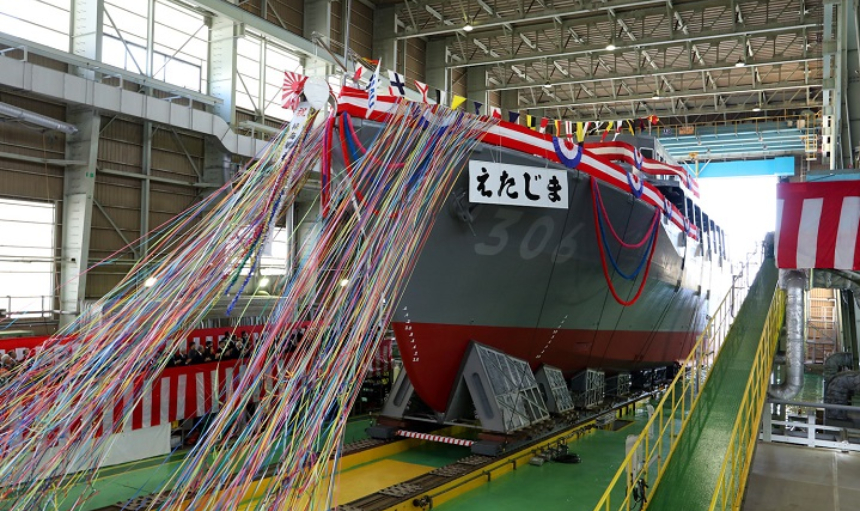 Japan Marine United (JMU) has held a christening and launching ceremony for a new minesweeper for the Japan Maritime Self-Defense Force (JMSDF).

The future JS Etajima is the third minesweeper in the Arashi-class which, at 67 metres long, are among the largest FRP-hulled vessels to be built for the JMSDF.

Once completed, the future Etajima will be powered by two 1,640kW diesel engines that will deliver a top speed of 14 knots.