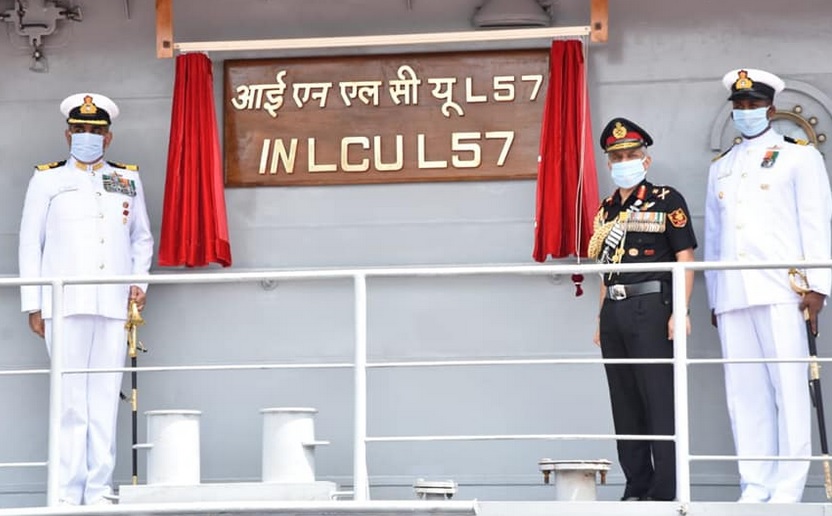 The Indian Navy commissioned its seventh of a planned eight Mark IV Landing Craft Utility (LCU) vessels on Friday, May 15.

Named L-57, the vessel is primarily tasked with transporting up to 160 troops, assorted equipment, and ground vehicles including main battle tanks from the navy’s larger amphibious ships to unprepared beaches. It may also be used in search and rescue (SAR), humanitarian and disaster relief (HADR), and replenishment missions.

The LCU was completed at the Kolkata facilities of state-owned Garden Reach Shipbuilders and Engineers (GRSE).