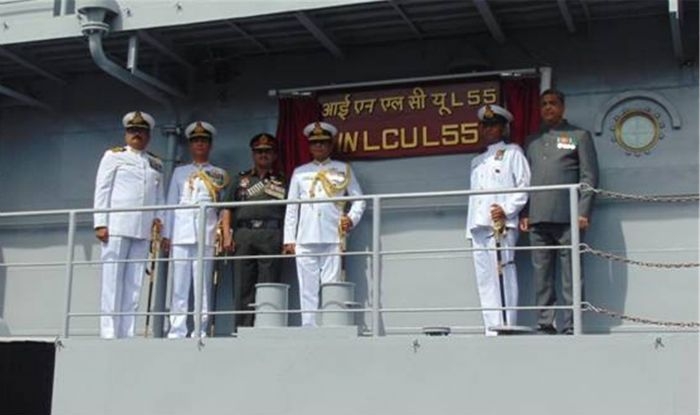 L-55, the fifth of the class of eight Landing Craft Utility (LCU) ships built by Garden Reach Shipbuilders and Engineers (GRSE), was commissioned into the Indian Navy on Wednesday, December 19.

The Mark IV LCUs, which began entering service in 2017, are a further improved version of the Mark III LCUs presently being used by the Indian Navy.

The remaining three vessels of the order are in advanced stages of construction and are expected to be delivered over the next 12 months.