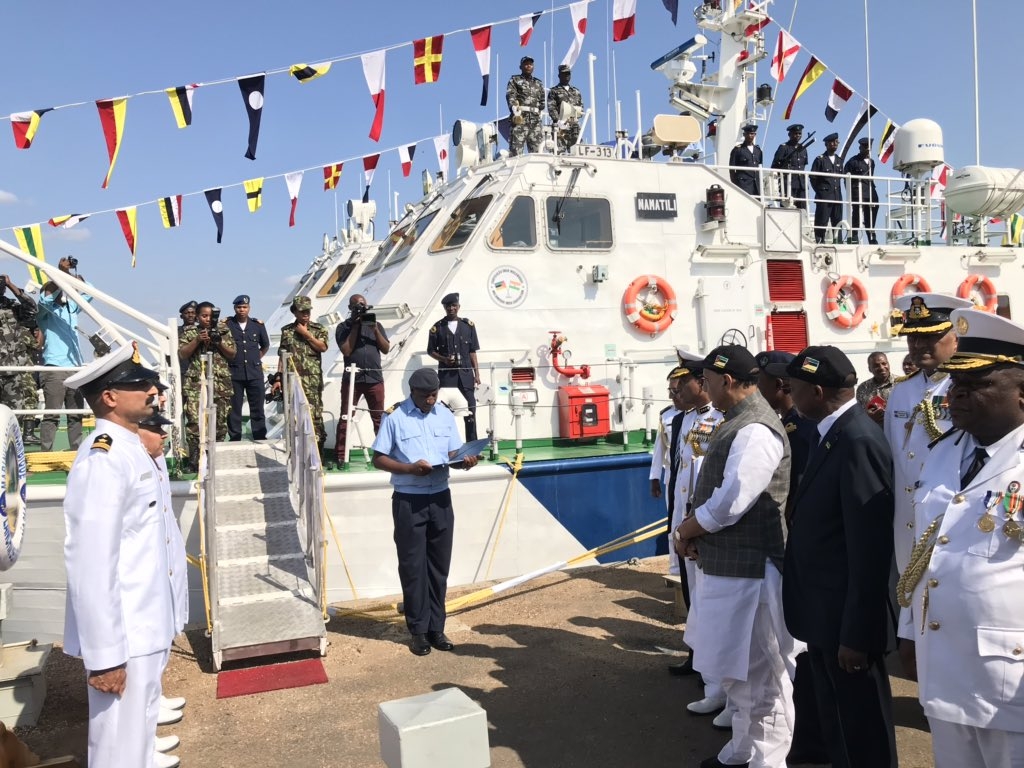 The Indian Ministry of Defence handed over two interceptor vessels in a series to the Mozambique Navy in a ceremony in Mozambique’s capital of Maputo on Monday, July 29.

The two 27-metre vessels are subvariants of the 30-metre interceptors built by India’s Larsen and Toubro (L&T) for the Indian Coast Guard.

The delivery of the two interceptors is in line with the two countries’ aim to strengthen defence relations, Indian Defence Minister Rajnath Singh tweeted following the ceremony.