Written by Baird Maritime on December 4, 2019. Posted in Ships (Naval). 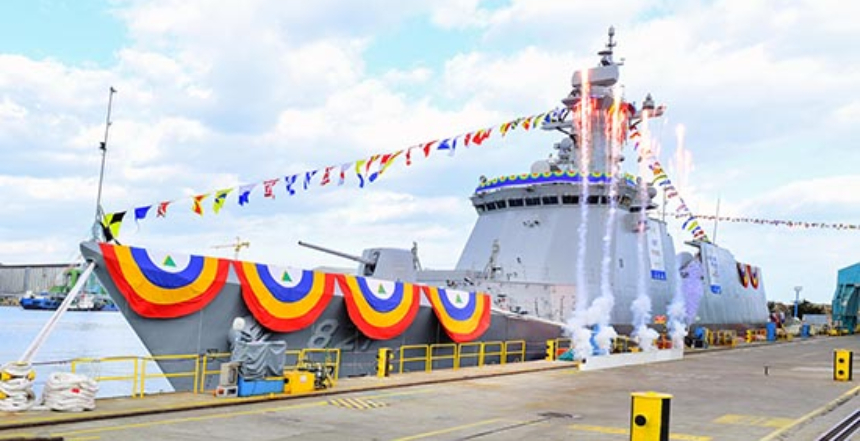 Hyundai Heavy Industries (HHI) has launched the third of a planned eight Daegu-class frigates slated for the South Korean Navy.

The future ROKS Seoul will be the fourth South Korean Navy ship to be named after the country’s capital. It is also the first Daegu-class frigate to be built by HHI whereas the first two ships in the class were constructed at the facilities of Daewoo Shipbuilding and Marine Engineering (DSME).

The future Seoul has a length of 122 metres, a beam of 14 metres, and a displacement of 2,800 tonnes. Its expected top speed is 30 knots and it will be able to accommodate a 120-person crew.

Armament will include a 127-millimetre naval gun, torpedoes, and surface-to-air missiles (SAMs).