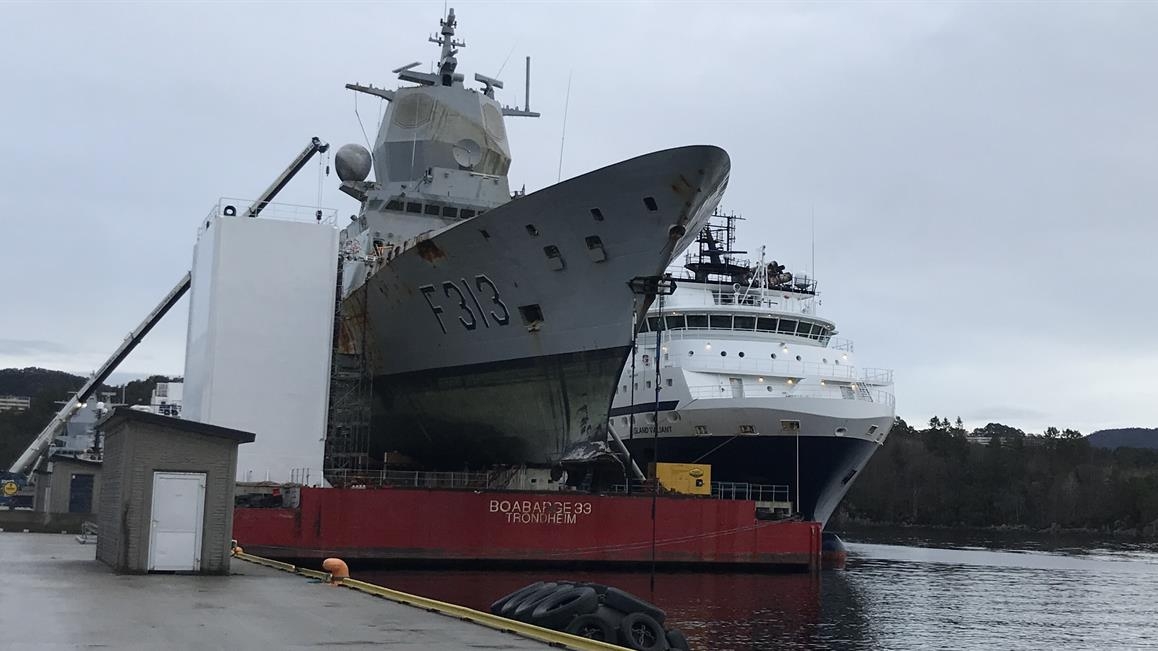 A report recently published by the Norwegian Defence Materiel Agency (NDMA) has stated that restoring the damaged Fridtjof Nansen-class frigate HNoMS Helge Ingstad to full operational readiness would be more expensive than buying a new warship.

The NDMA said that while it is “technically possible” to bring Helge Ingstad back up to a state of operational readiness, the corresponding cost and the time required would render the effort impractical.

The report added that some parts of the frigate may still be used as spares for other Norwegian warships.

Helge Ingstad sank in the waters off Oygarden on November 8 last year after it collided with a commercial oil tanker.

The damaged frigate was lifted out of the water last February 26 and has been at the naval base in Haakonsvern since March 3.