Written by Baird Maritime on October 2, 2020. Posted in Ships (Naval). 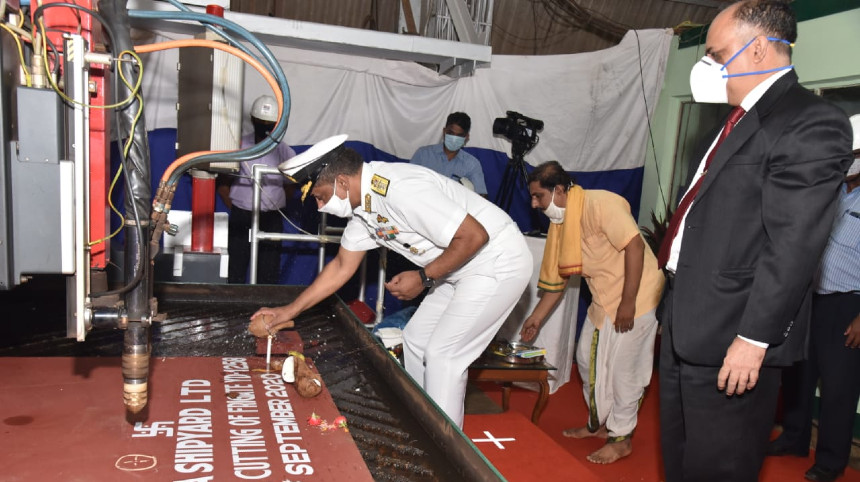 Goa Shipyard has cut the first steel for two Project 11356 or Talwar-class frigates to be built for the Indian Navy.

The yet unnamed vessels will be the ninth and tenth overall Talwar-class frigates as well as the only two ships in the class to be built outside of Russia.

Each frigate will have a length of 124.8 metres, a beam of 15.2 metres, a draught of 4.2 metres, and a speed of 32 knots. Armament will include anti-ship and land attack cruise missiles, surface-to-air missiles, a 100-millimetre naval gun, torpedoes, anti-submarine rockets, and two close-in weapon systems.