Written by Baird Maritime on February 6, 2018. Posted in Ships (Naval). 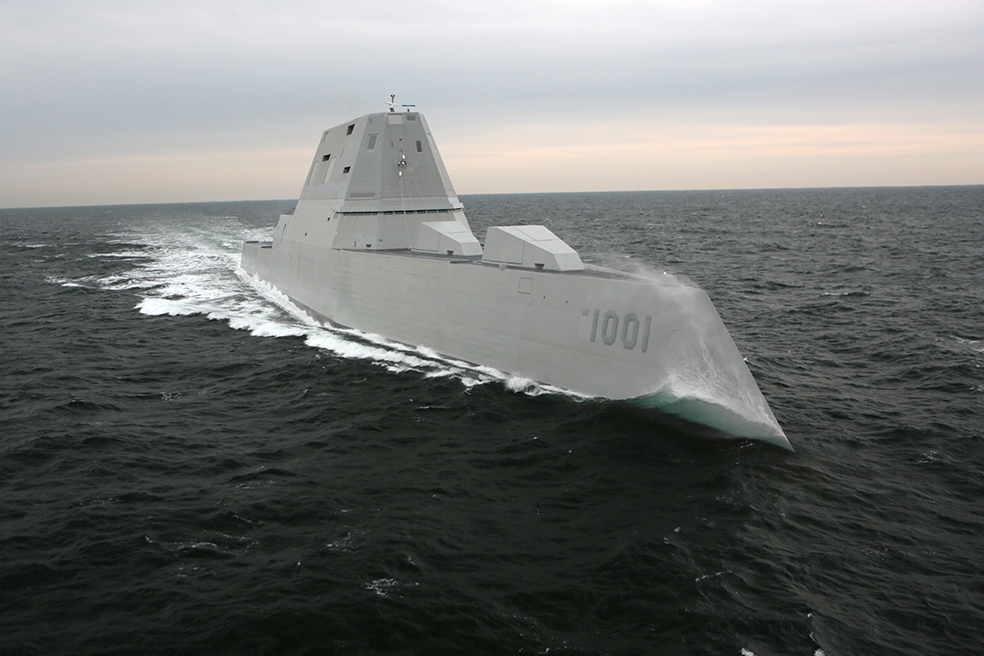 The US Navy’s Board of Inspection and Survey reviewed the ship and its crew during a series of demonstrations both pier side and under way, evaluating the ship’s construction and compliance with navy specifications.

Many of the ship’s onboard systems including navigation, damage control, mechanical, electrical, combat, communications and propulsion systems were tested to validate performance met or exceeded navy specifications.

They will be capable of deterrence, power projection, sea control and command and control missions while allowing the navy to evolve with new systems.

DDG 1001 was christened in June 2016 and is scheduled to deliver in the coming months.

Tags: Board of Inspection and Survey destroyer Michael Monsoor under construction US Navy Zumwalt class