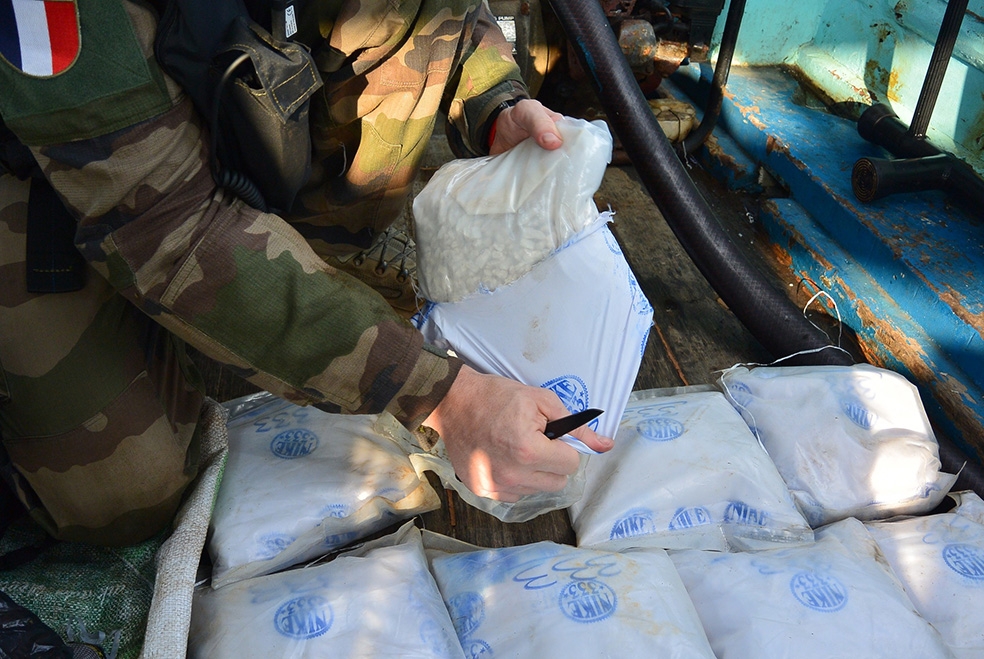 The French Navy’s anti-submarine frigate Jean de Vienne has seized 530kg of heroin in the Arabian Sea in its second haul this month.

The Leygues-class ASW Jean de Vienne was sent to intercept a suspicious dhow, which was located by a Lynx helicopter. A search team boarded the vessel and found the drugs hidden in a double bulkhead.

The heroin has an estimated value of €125 million (US$177 million). It follows a seizure of more than four tonnes of hashish on March 5.

The seizure is the 10th for CTF150 since January. Together with Royal Australian Navy ship Warramunga and Pakistani naval ship Aslat, more than 22 tonnes of narcotics valued at more than $1.6 billion have been seized.