Written by Baird Maritime on October 8, 2019. Posted in Ships (Naval). 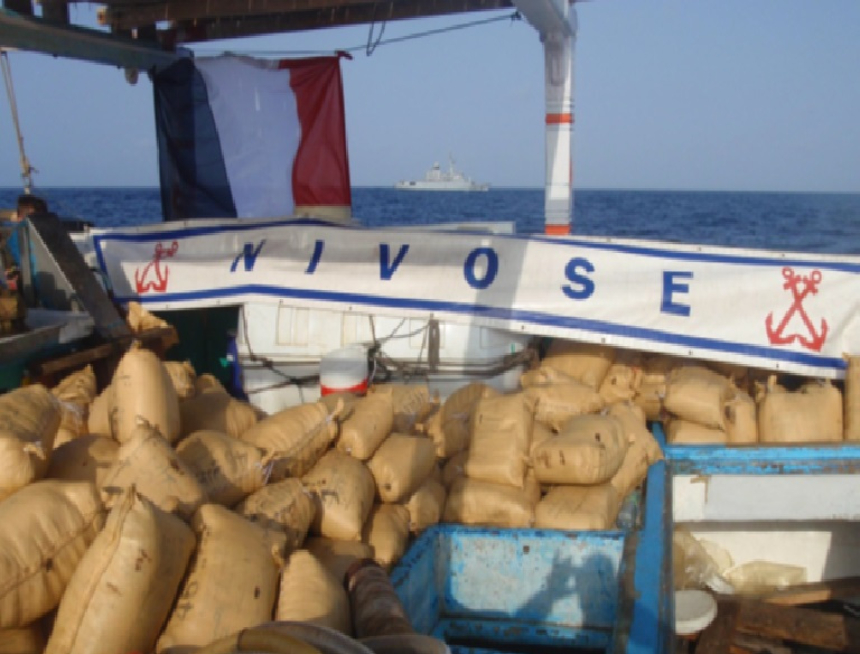 The Floréal-class light surveillance frigate FS Nivôse had tracked the suspect vessel after it was detected on radar. The dhow did not respond to Nivôse‘s requests for identification, prompting the frigate’s crew to send two rigid inflatable boat (RIB) teams to board and search the other vessel.

The French Navy sailors discovered over 2.5 tonnes of hashish on board the dhow. The confiscated narcotics were subsequently destroyed.