FEATURE | Vostok 2018: sending a powerful message to NATO and its partners

Written by Jacqueline Westermann on September 13, 2018. Posted in Ships (Naval). 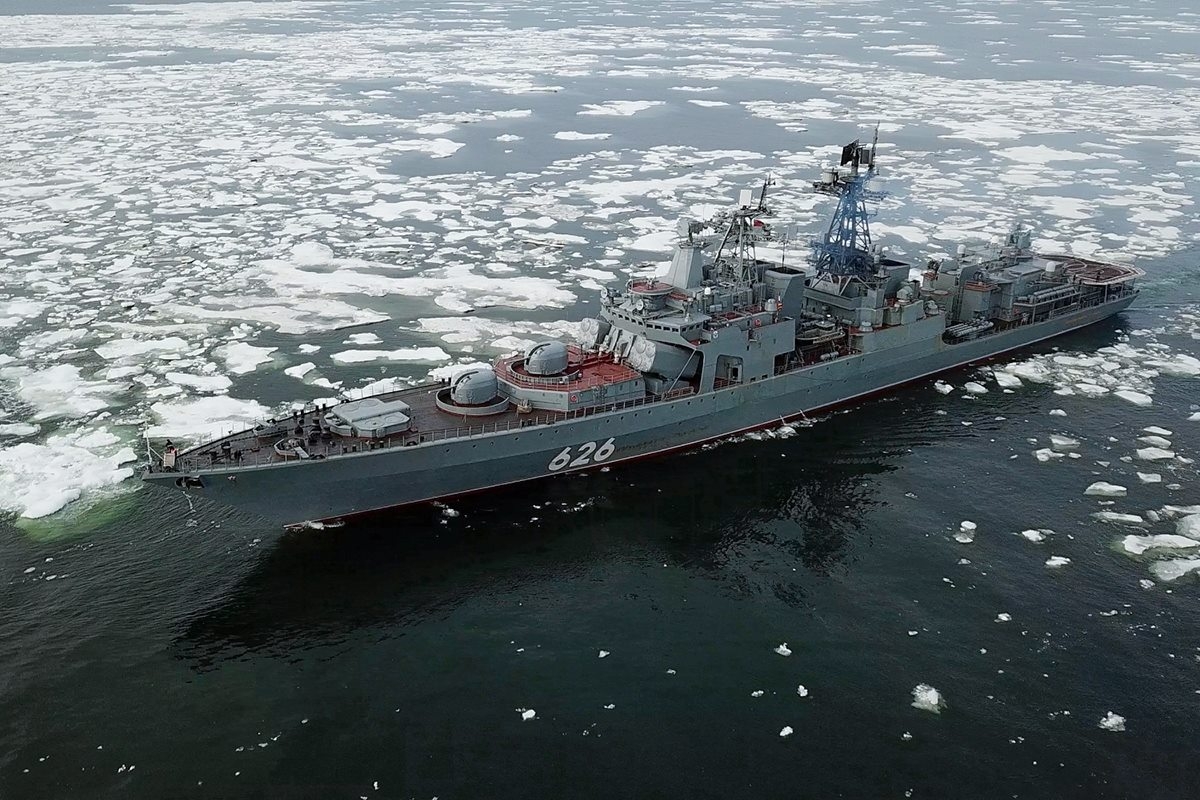 The Russian Federation is undertaking the biggest military exercise in its history, Vostok 2018 (East 2018). These large exercises are held each year, focusing on one region in the country. Last year’s Zapad (West) war games caused concern among NATO members and other European countries that Russian troops were practising for a large-scale attack on them.

Observers were also alarmed by the significant number of troops exercising on the territory of Belarus, which borders three NATO members, fearing that they wouldn’t leave after Zapad ended. Poland and the Baltic States have been particularly worried about Russia attacking them directly. A prior iteration of Zapad had indeed concluded with a simulated nuclear attack on Warsaw.

Fast-forward to this year, and it’s the eastern military district’s turn. Around 300,000 Russian troops will be in Eastern Siberia until September 17. Valery Gerasimov, chief of the general staff, says the drills aim to assess the military’s readiness for ground, air and naval operations – which is why more than 1,000 planes, helicopters and drones will join around 80 ships and 36,000 tanks and other vehicles in the exercise.

Vostok 2018 is also notable because it’s the first time that Russia has invited China to participate in a strategic-level exercise. More than 3,000 soldiers from the People’s Liberation Army and equipment and personnel from the country’s air force were sent north. A small contingent of Mongolian troops has also joined the drills.

The US and its NATO allies will be following Vostok 2018 closely. China’s participation highlights the significant transformation in Chinese–Russian relations that has occurred over the past decade. Dmitri Trenin, director of the Carnegie Moscow Center, wrote on Twitter that the military exercise is sending a message to the US (and the rest of the world) that China and Russia have never been closer, and that Russia is now considering China as a potential ally.

The strategic partnership serves both countries’ interests. Russia has been increasingly seeking to collaborate with China to advance the two countries’ positions on the world stage, and especially to send a message to the US. At the same time, the Kremlin is well aware of the Russian economy’s overreliance on China, which has increased since the illegal annexation of Crimea in 2014 and Russia’s subsequent rift with Europe (and its markets).

Russia has been trying for a while to diversify its economic engagement – especially across the Asia–Pacific – to avoid being overly dependent on China, but progress has been slow. It comes in handy, then, that Vostok 2018 is taking place at the same time as the Eastern Economic Forum in Vladivostok, which aims to attract business and industry investors from the Asia–Pacific. Not only is Xi attending (after observing the Vostok drills alongside Putin), but Japan’s Prime Minister Shinzo Abe has also travelled to the Russian Far East.

The main hurdle to closer Japan–Russia relations has been the territorial dispute around the Kuril Islands. Abe met with Putin ahead of the Eastern Economic Forum and the pair agreed on an action plan for joint economic collaboration in the islands, even without a legal solution to the dispute. Moscow and Tokyo also agreed to work towards closer defence cooperation. Both sides aim to resolve their territorial disputes and sign a peace treaty to formally end World War II, allowing even more collaboration.

Both developments – a China–Russia relationship that appears to be stronger than ever and the possibility of closer Japan–Russia defence ties – will be monitored with interest across the region and beyond. These changes could have a substantial impact on the power balance in the Asia–Pacific – the backyard of countries including the US and Australia.

Japan’s moves are particularly significant, given its oft-cited status as a like-minded partner of Washington and Canberra. Australia’s continued engagement in the region, especially deepening cooperation with Japan, South Korea and countries in Southeast Asia, will be vital to ensuring that its interests are safeguarded in the changing strategic environment.

Even though China and Russia haven’t formed an official alliance yet, the potential for such a relationship has been demonstrated through the joint exercise.

Jacqueline Westermann is a researcher at ASPI.