Three British Royal Navy (RN) OPVs, scheduled for early retirement, and disposal, have been spared the axe, as a result of growing concerns in London over both the future protection of the UK fishing fleet, and a surge in irregular migration via the English Channel.

Recent days have seen the interception of small boats, carrying a total of more than 100 irregular migrants (IR), mainly from the Middle East, at a time when at least two of the UK Border Force’s (UKBF) hard-pressed flotilla of five large patrol craft are very often deployed to the Mediterranean and Aegean Seas, as part of multinational fleets tasked with intercepting IRs headed for Europe.

The three 700-tonne RN Batch 1 River-class ships, which were constructed in the early 2000s, were to be withdrawn, due to the commissioning, by 2020, of five new- build 2,000-tonne Batch 2 craft. The new OPVs, built in Scotland by BAE Systems, are helicopter-capable, carry two Pacific 24 RHIBs, and are equipped with a remotely controlled 30mm cannon. 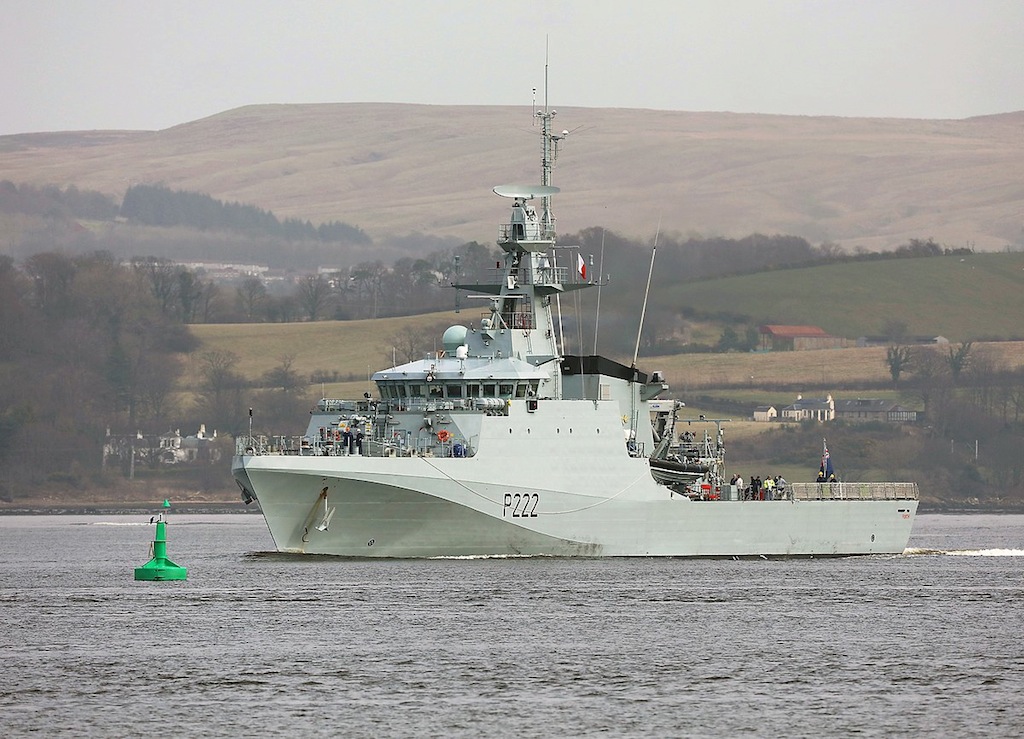 One of the Batch 2s is to replace the modified Batch 1 Clyde as the Falkland Islands patrol vessel. Clyde is reportedly not going to be retained.

The reprieved OPVs will be forward-based in Newcastle (Tyne), Liverpool (Mersey) and Cardiff (Severn), and will patrol British waters, together with the Portsmouth-based Batch 2 River class Medway, Spey, Tamar and Trent.

The new OPVs are also expected to deploy abroad from time to time, particularly to the Caribbean region where there are a number of small British territories

While the recent augmentation of UK defence funding will allow the three older ships to be maintained and operated, it is not clear from where the necessary manpower will be drawn. There is speculation that they might be partially manned by civilian contract, and/or UKBF personnel.