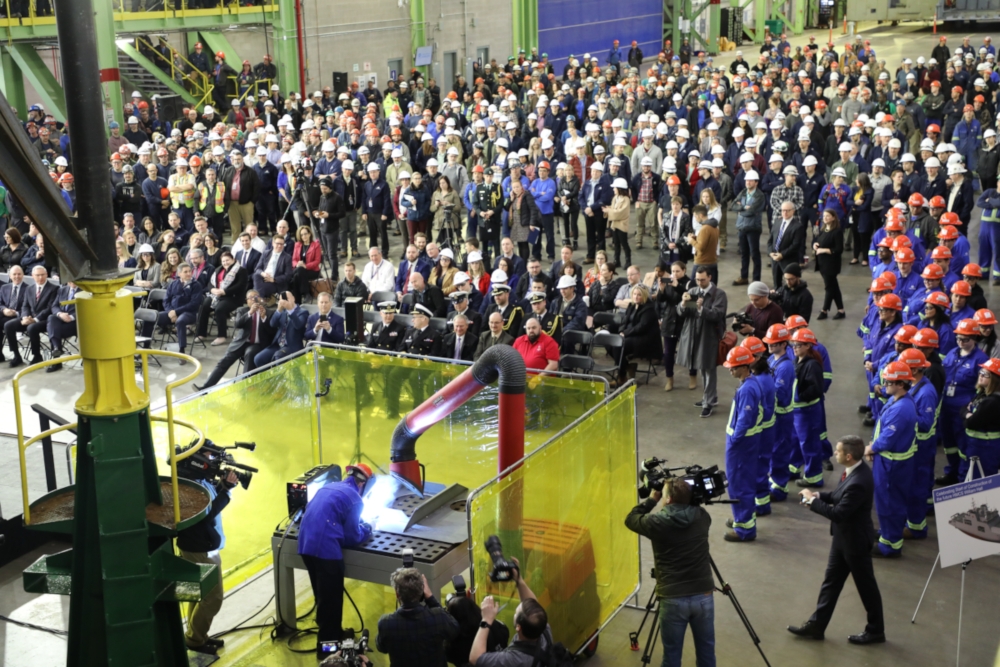 The future William Hall will have a length of 103.6 metres, a beam of 19 metres, a displacement of 6,615 tonnes, a speed of 17 knots, and a range of 6,800 nautical miles. Armament will consist of one 25-millimetre autocannon and two 12.7-millimetre machine guns.