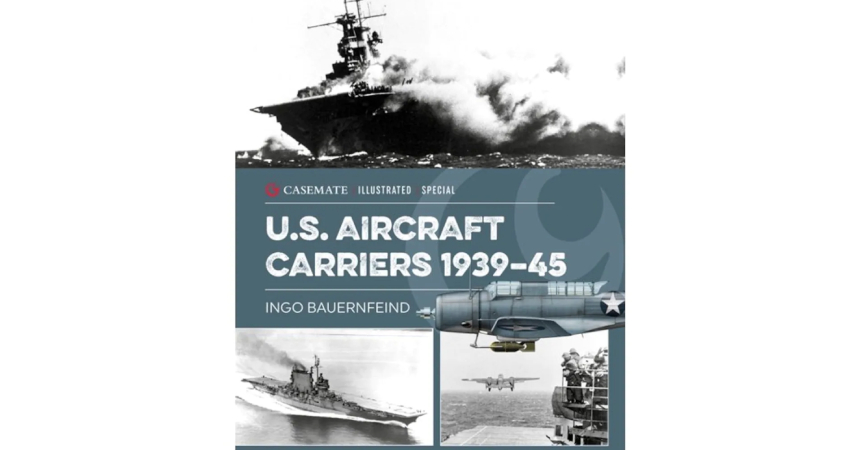 Given the frustratingly slow rate of warship production nowadays, it is probably difficult to comprehend that the American “military industrial” complex launched more than 100 aircraft carriers during and shortly before World War II. Indeed, 44 of them participated in the Battle of Leyte Gulf in the central Philippines in October 1944. Even though that turned out to be the biggest naval battle in history, it is still an incredible number.

Of course, not all of those carriers were large and none were anywhere near the size of today’s nuclear-powered ships. They were roughly divided into three classes: fleet carriers, escort carriers, and light carriers. They ranged up to about 45,000 tonnes loaded and 270 metres LOA and could attain over 33 knots and carry up to 100 aircraft. Many were much smaller and slower but almost all were effective in various ways.

This extensively researched and very well illustrated book gives an excellent overview of how and where those carriers operated in what was a truly “world” war. It lists the details of all classes of the entire American fleet of aircraft carriers and describes their careers, armament, aircraft, and fates.

As it can probably be assumed that carriers will be to the next major war what battleships were to World War II, it is good that they have been recorded so comprehensively as the author has done here. This is a very valuable record of the heyday of what is now likely to become a dying breed in these days of ever more capable drones and guided missiles.