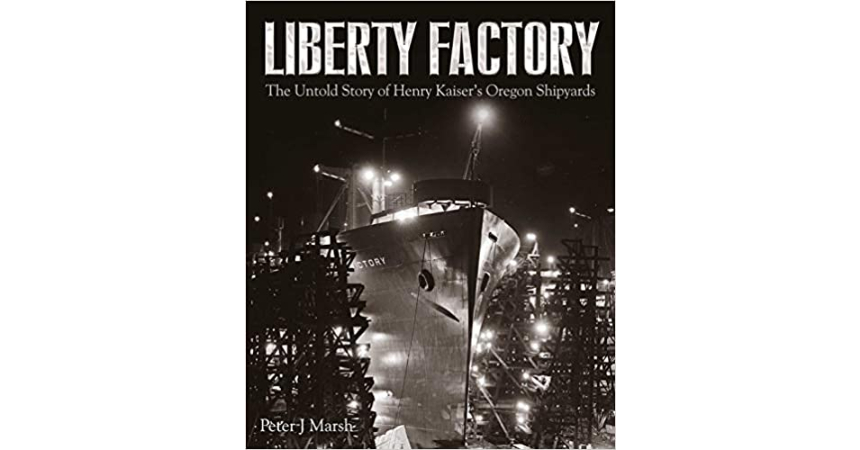 The story of the entrepreneurial, managerial and organisational genius Henry Kaiser is well known, at least among older mariners and maritime historians. His particular genius, and that of US President Franklin Roosevelt, who recognised and utilised it, is perhaps less well-known than it should be among the wider public in the United States and beyond. This book could well help correct that deficiency and simultaneously inspire some modern entrepreneurs and management students.

The productivity in shipbuilding and other fields that Kaiser achieved was a major contributor to the Allied victory over the Axis forces in World War II. Turning his hand from major civil engineering projects, largely dam building, to production line shipbuilding, of which he had no experience, did not seem to worry Kaiser, his son Edgar, and their senior executives at all. Once appointed to do so, they just got on with the job remarkably quickly and effectively.

While Kaiser had many other important activities involved with the war effort, including other major shipyards near San Francisco, it is his massive yards on the Columbia and Willamette Rivers in Portland, Oregon and Vancouver, Washington that are featured here. They and the associated and competing yards and factories that grew up around them in what would today be called a “maritime cluster” are the focus of this very valuable book.

By today’s standards, except perhaps in China, the productivity achieved in that cluster was mind-boggling. From 1942 to 1945, Kaiser’s Oregon yards delivered 450 Liberty and Victory ships, 150 tankers, 50 escort aircraft carriers and innumerable smaller vessels such as LSTs. The efficiency and enthusiasm of the yard workers was outstanding. There were very good reasons for that: females were, for the first time, employed in “men’s jobs” such as welding; competition was lauded and facilities such as health centres, child care centres, housing and cafeterias were quickly supplied. The “fighting spirit” thus achieved was a highlight.

All this and more is very well described in this brilliantly researched and illustrated book. It is both great maritime history and a business inspiration.