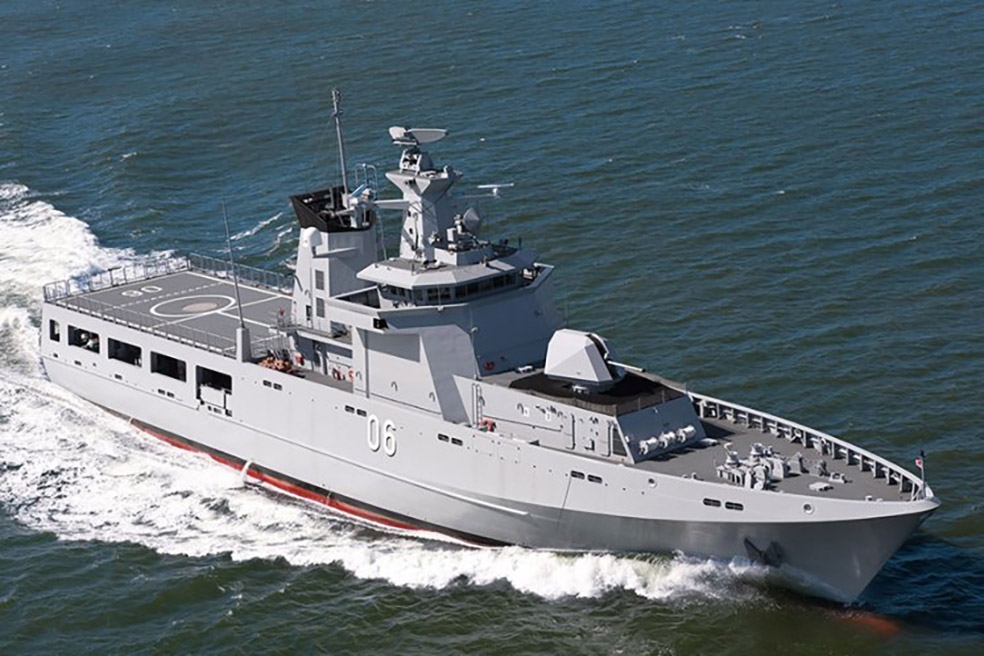 A fleet of 12 new Royal Australian Navy offshore patrol vessels will be built in the country to a design by German firm Lürssen.

The OPV project, which is worth up to AU$4 billion (US$3 billion), will be based on Lürssen’s OPV80 design but adapted to Australian requirements. They will be 80 metres long with a displacement of 1,700 tonnes and a draught of four metres.

They will be fitted with a 40mm gun for self-protection, three 8.4-metre sea boats, and command and communication systems. This will allow the OPVs to operate alongside Australian Border Force vessels and other Australian Defence Force units.

The vessels will accommodate up to 60 personnel, including a crew of 40.

Construction begins in the fourth quarter of 2018, with the first ship due to enter service in 2021.

The OPVs will replace the Armidale-class patrol boats.