Written by Baird Maritime on October 28, 2020. Posted in Dredging and Land Reclamation. 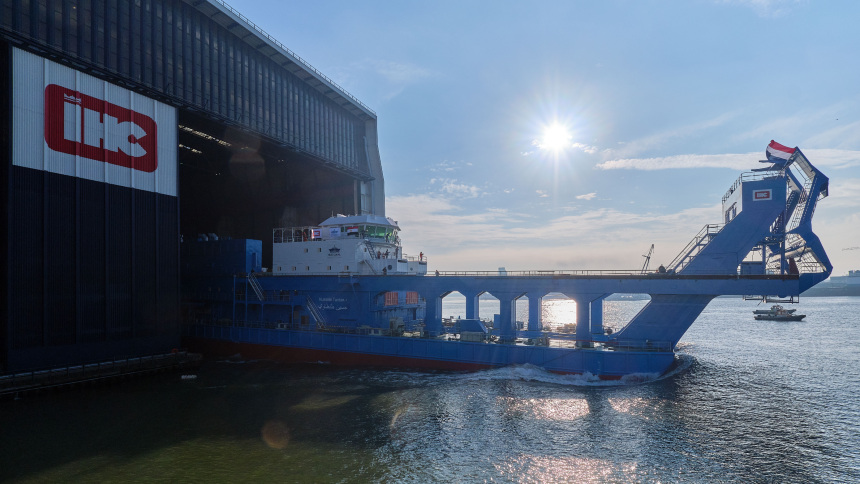 Royal IHC launched a new cutter suction dredger (CSD) into the water at its Krimpen aan den IJssel facilities in the western Netherlands on Friday, October 23.

The vessel is the second of two 147-metre dredgers that Royal IHC is building for the Suez Canal Authority. The first dredger, Mohab Mameesh, was launched earlier in May and is expected to begin sea trials at the end of this year.

Like Mohab Mameesh, Hussein Tantawy is a 29,190kW heavy-duty rock CSD and will be used to maintain and improve the Suez Canal.