COLUMN | Biting the hand that feeds you [Grey Power] 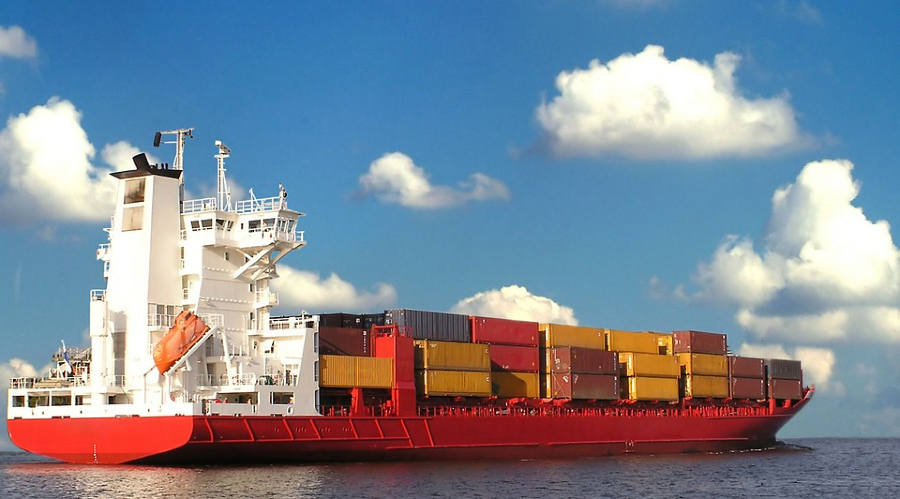 It’s a great saying but there is a lot of it about at present. I thought of it first looking at pictures of the shrieking mobs of environmental protesters outside the International Maritime Organisation and the Japanese Embassy in London. In the case of the former location it was a bit futile as the environmental committee meeting that the unwashed mob was hoping to influence (or perhaps wreck) was being conducted on-line, with IMO being run by a skeleton staff during the pandemic. That wouldn’t necessarily matter as with these people; it is the opportunity for grandstanding, as much as the message, that they regard as important.

But don’t these idiots, who work themselves into such a frenzy over maritime transport, ever consider what their comfortable lifestyles owe to the international shipping that brings them all the products which contribute to this well-being? Moreover, amid all their publicity-seeking and pontification, blasted through their loud-hailers to bemused members of the public caught up in the congestion they cause, do they ever give a thought to the three quarters of a million professional seafarers who have been working through this global pandemic to run these horrible, polluting ships? Not a chance.

“…studies and trials are still progressing on a whole range of technologies that will contribute to the reduction of shipping’s carbon footprint.”

Perhaps, in their zeal and self-satisfied importance, they all subsist on home-grown turnips and weave their clothes from organically sourced fibres. Most of them, I would suggest, appear to be remorselessly middle class and are as dependent on any of us upon the benison of international trade and the wonderful maritime transport system that carries it all around, keeping the lights on and shelves stacked.

None of them (and that goes for some of the environmental agencies voicing their impatience at the lack of progress to the post-hydrocarbon Nirvana) give any credit to the serious work that is going on to investigate alternative fuels. Scarcely a day goes by when there isn’t a report of technologists, naval architects, engineers, and ship operators reporting on new ideas that are designed to combat harmful emissions. A pandemic might be raging around the world, but studies and trials are still progressing on a whole range of technologies that will contribute to the reduction of shipping’s carbon footprint. There are projects to investigate the use of new fuels such as ammonia and hydrogen, others designed to reduce methane slip when LNG is used, several bio-fuel projects and plenty of progress on the electrical front. Can’t the nay-sayers and activists ever recognise any of this?

There is more biting of the feeding hand in the shape of some worrying noises coming from Australia (among other countries) about what should be done when ships arrive at their ports with Covid-19 cases among the crew. There have been suggestions, from political figures , and others, that such ships should be “banned” and rejected; sent away to goodness knows where, but not here, let the dreaded virus be unleashed among the hapless population. All in all, it is a pretty miserable reaction to people who ought to expect a little gratitude for working non-stop through the plague and bringing essential products and cargo space to Australian shores.

“…it is clear that civilised behaviour, at so many different levels, is wearing a bit thin.”

It isn’t as if the poor blighters are able to get ashore after their long voyages and roister around town spreading their infections. They remain trapped aboard ships, but it scarcely shows either humanity, or a recognition of international maritime convention, to effectively prevent crew members seeking medical aid. There is also some quite unpleasant stuff circulating in local media, which effectively demonises seafarers aboard visiting ships, and that, if they ever get to see it, can’t make them feel better.

The shipping industry, by and large, has been doing its best to keep maintaining the supply chain throughout the pandemic, in the midst of constantly changing and confusing rules from governments. Trying to relieve crews, move them around the world, and keep them healthy and properly complying with quarantine regulations has been a nightmare. So the situation is not exactly helped by major charterers getting on their high horses and demanding that operators charge the sourcing of their crews to minimise the risks of delay if ships arrive with seafarers testing positive to the virus.

In other times, a time charterer trying to insist on such details would have been firmly told that the nationality or source of the crew was well beyond the terms of the charter-party. But these are not normal times, and it is clear that civilised behaviour, at so many different levels, is wearing a bit thin. But despite it all, we can probably count on the ships still sailing, carrying the goods that everyone, activists and less excitable members of the public, desperately need.