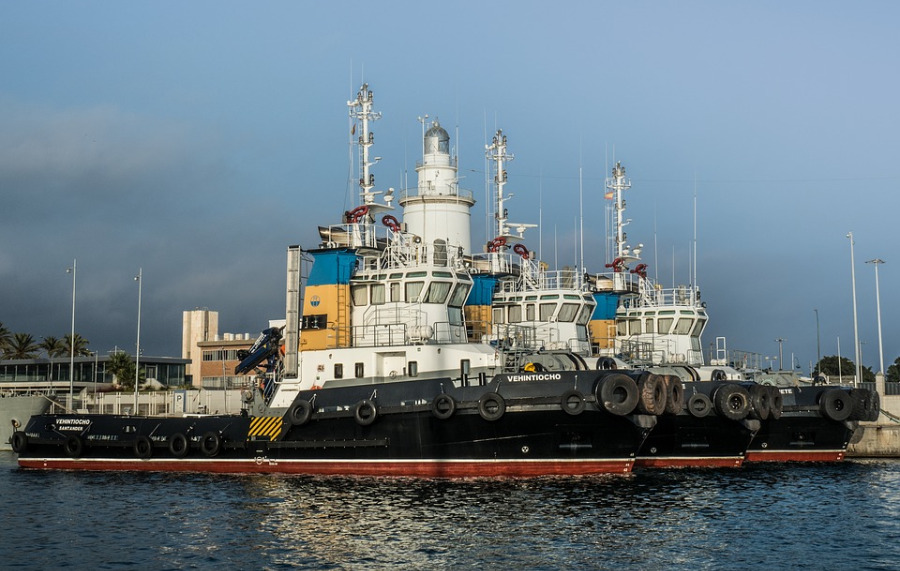 In this time of phenomenal output from shipyards building vessels for the wider workboat, passenger vessel, and maritime security industry, the tug sector stands out as one of the busiest. Hardly a day goes by without news of a new tug being launched. World trade continues to grow and the ships that carry it get bigger and always seek faster turnarounds. Bigger and more powerful tugs are required to facilitate that.

While few new tugs could be described as radical, almost all incorporate refinements at least. Obviously, some all-electric or unmanned tugs are highlighted but, in the main, most tugs look generally similar and perform much the same functions of those that are twenty or even thirty years older. They simply do it better and more powerfully.

They simply, though, do their work more efficiently, cleanly, capably and economically. That is where their refinement comes to the fore. The decreasing number of naval architects who specialise in tugs and the similarly declining number of shipyards that build them improve their products seemingly incrementally. Specialisation has largely become the name of the tug game. Tug owners and their customers are getting steadily better boats.

The tug sector has become a very mature part of a similarly maturing general maritime industry. While Baird Maritime has nothing really radical to present to our readers this week, there is plenty to show that the tug sector continues to progress and to thrive.

– “The journey spanned 129 operational hours over 13 days and was commanded by licensed mariners remotely stationed 3,000 miles away in Boston.”

COLUMN | What kind of tugs should we be building? [Tug Times]

– “It will be difficult for the shipping lines to keep using conventional tugs when a non-polluting option is available, even if it costs more.”

Any news or views about the global tug and salvage sectors? Send it through to [email protected] ASAP (between now and November 26), so we can add it to this current edition of Tug and Salvage Week!