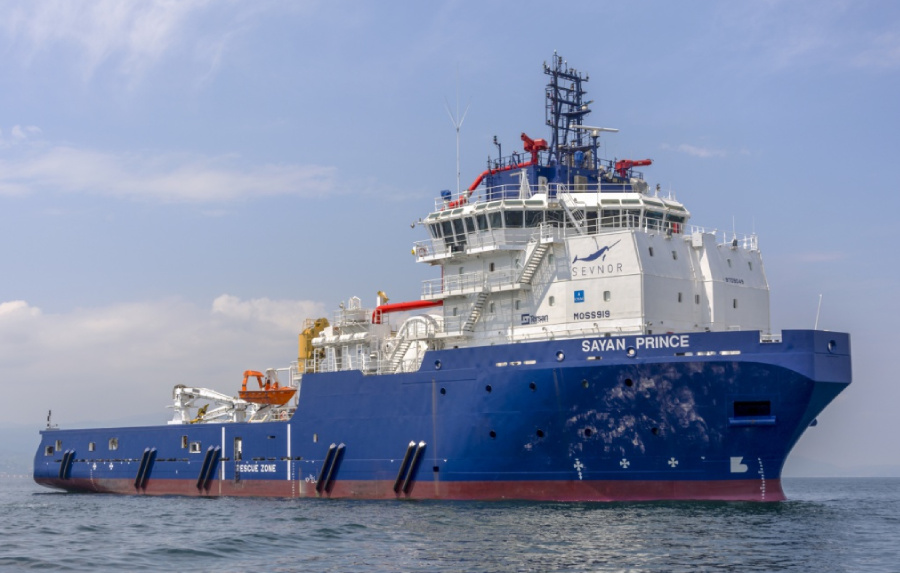 Designed by Norwegian naval architects, Moss Maritime, the Malta-registered, DNV-classed Sayan Prince has an LOA of 84 metres, a moulded beam of 19.4 metres, a maximum draught of 7.62 metres, and a deadweight of 3,427 tonnes. Accomodations are available for 60 personnel. The accommodation options include 31 single cabins, 10 double cabins, and two four-person cabins. 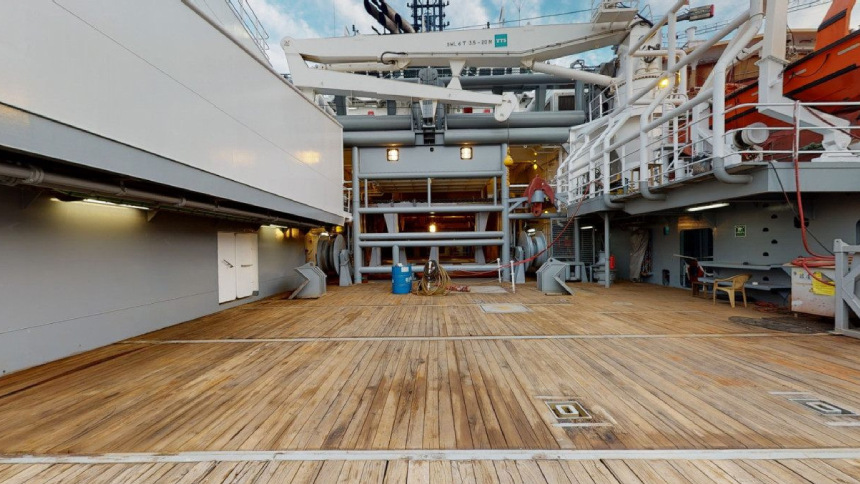 The vessel’s large cargo deck has an area of 650 square metres and can carry various cargo totalling 1,300 tonnes. The deck also has a knuckle boom crane and two smaller cargo rail and anchor handling cranes.

The vessel has a total installed power of 16,000 kW courtesy of four Caterpillar-MaK engines. These drive two controllable-pitch propellers housed in fixed nozzles to deliver an impressive bollard pull in excess of 235 tonnes.  Enhanced manoeuvrability and station keeping ability are made possible by an array of five 1,014kW thrusters. Two tunnel thrusters are placed forward along with an azimuth thruster while another two tunnel thrusters are located aft. 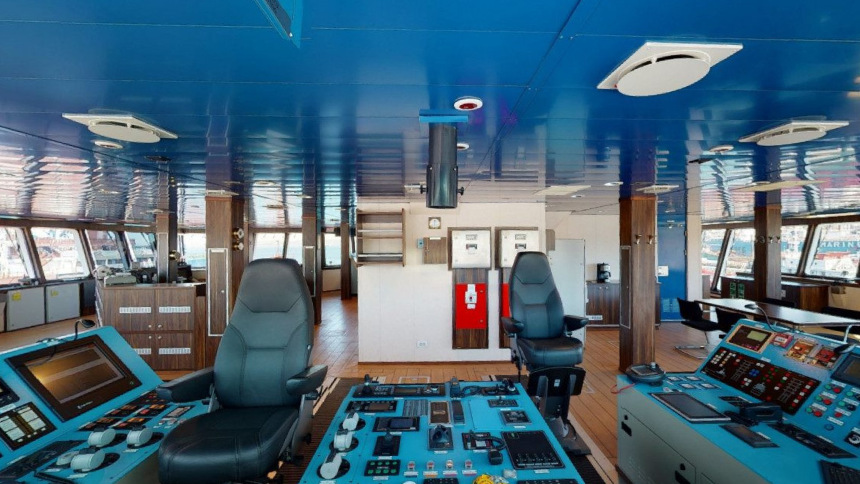 The AHTS also features a passive anti-rolling stabilising system. This arrangement consists of two tanks fitted with flow-reducing structural elements in the aft of the vessel.

The anchor handling equipment consists of cable lifters of various lengths and with dynamic braking, a split stern roller, four chain lockers, and a set of Brattvaag winches that may also be used for towing. Emergency release couplings are installed on all winches to disengage from the drums within three seconds from the drive units. 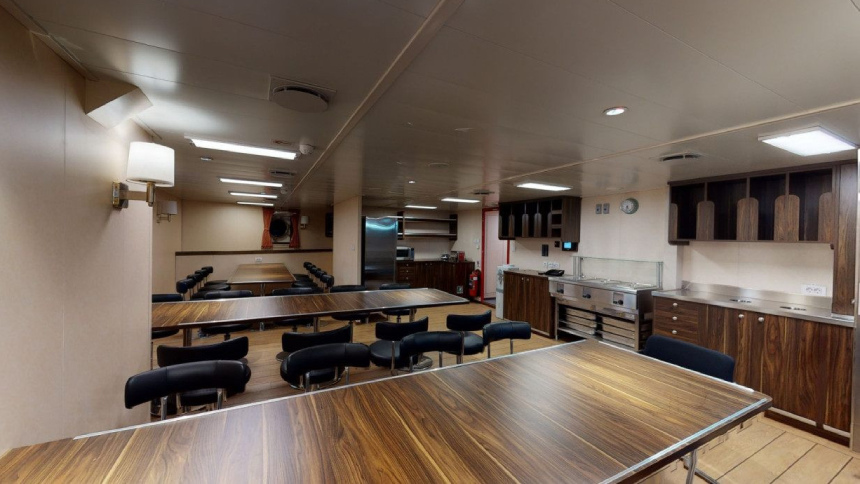 The AHTS is also equipped for inspection, maintenance, and repair (IMR) work. A fully integrated hangar can house one 3,000-metre-rated, work-class remotely operated vehicle (ROV). The ROV hangar even has an L-frame-mounted launch and recovery system (LARS) supplied by Kongsberg Maritime. 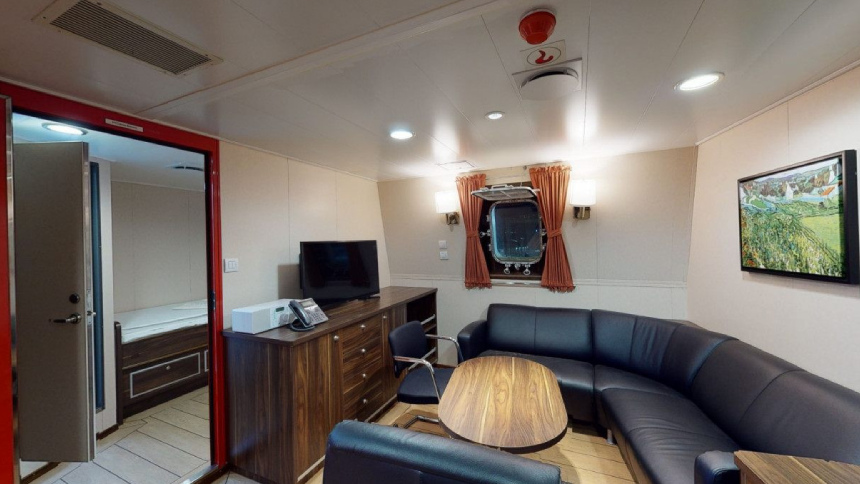 Sayan Prince has an emergency response capability thanks to the installation of PTO-driven firefighting pumps and two remotely operated foam/water monitors, which have a maximum throw length of 180 metres in accordance to DNV’s FiFi2 class requirements. The monitors can also be elevated upwards by as much as 80 degrees, allowing external fighting to be performed on taller vessels or structures such as offshore platforms should the need arise. For man overboard recovery, the AHTS relies on a self-propelled fast rescue boat.

Sayan Prince will be operated primarily in Russian and Norwegian waters. 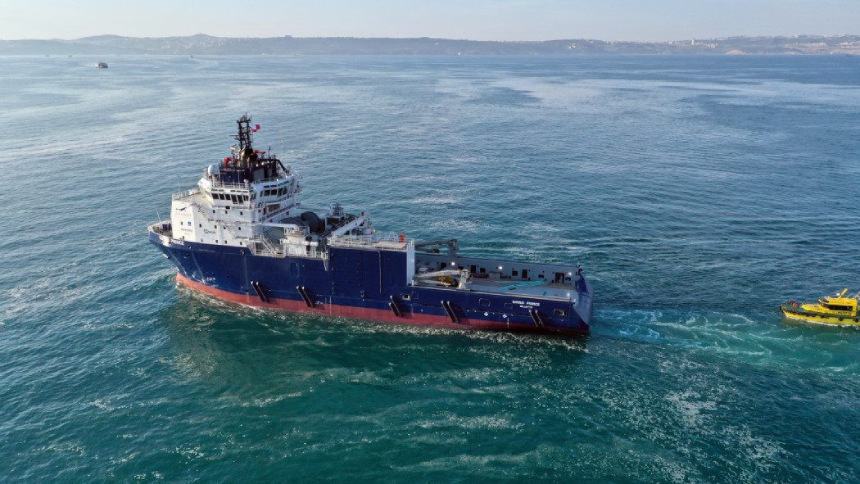