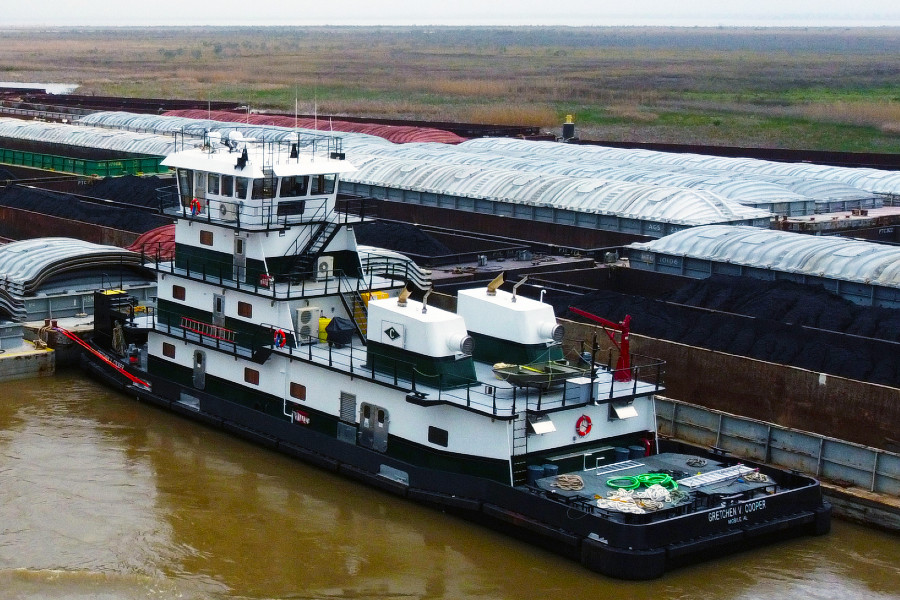 Designed by Farrell and Norton Naval Architects in compliance with US Coast Guard Subchapter M regulations, the vessel has been named Gretchen V. Cooper after the wife of Cooper/T. Smith President Angus R. Cooper III.

“The propulsion arrangement will allow Gretchen V. Cooper to push up to eight barge tows during high water, which will in turn enable us to deliver significant quantities of dry cargo to our customers 12 months out of a year. This is a key improvement over our other tugs that can haul only two or four barges per trip, hence the need for twice as many sailings.”

The primary steering is via two 25hp (18kW) electric/hydraulic motors, though the engine room also features emergency steering in addition to boasting a large interior space even with the EPA Tier IV equipment.

The onboard systems draw their power from a pair of Caterpillar C4.4 99ekW EPA Tier III-compliant generators, which CMT said can swap over automatically in case of power loss. As with the main engines, the generators also come equipped with Fernstrum cooling systems. 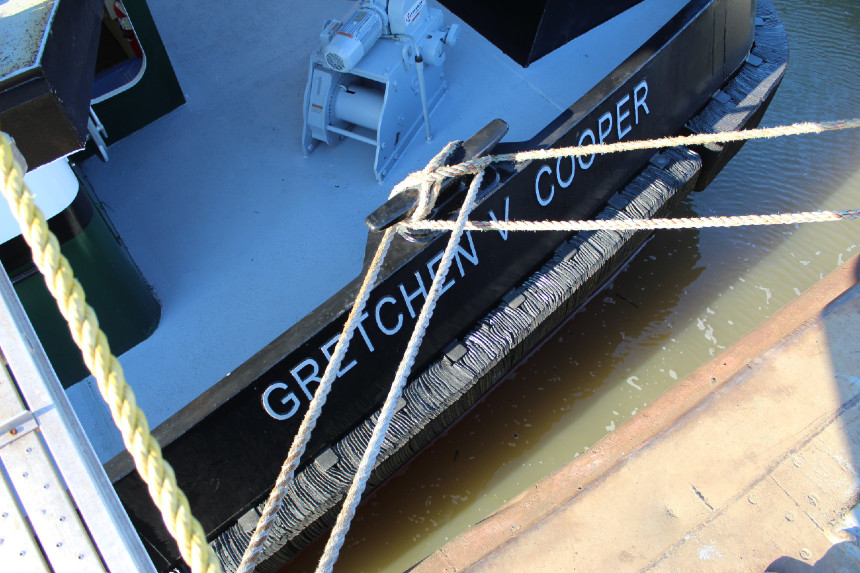 The main towing equipment consists of two Patterson Manufacturing 40-ton (36-tonne) electric winches supported by laminated fenders that are 30 inches (762 mm) tall at the headlog/corner and 12 inches (304 mm) tall on the sides and stern. 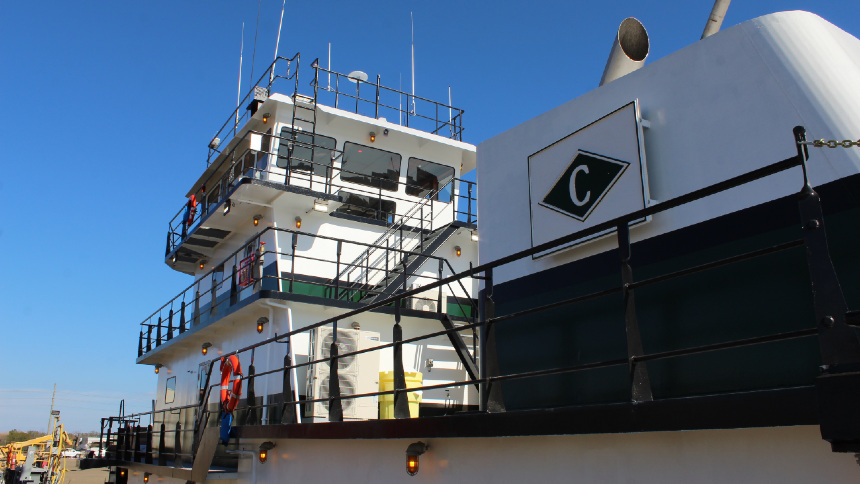 Large windows have been installed in the pilothouse to provide the operators with unobstructed all-around views.

The interior has four bath/shower areas, a full galley, a lounge, and six staterooms that can accommodate eight crewmembers. All interior spaces feature mini-split HVAC units as part of a package supplied by Mitsubishi and aluminium doors with steel frames from Dale’s Welding.

The tug’s array of electronics includes a Furuno 1935 radar, FA-170 AIS transponder, GP-39 GPS, 520T-BLD transducer, pilothouse alerter, and SC-70 satcom, Standard Horizon VLH-3000 VHF radio and GX6000S loudhailer, a Ritchie HB845 compass, and a Davis Instruments Vantage Pro 2 anenometer. The vessel is adequately equipped with safety features such as a Mircom fire detection system and a Griswold fire pump with 15hp (11kW) motor. The fire pump may also be used as a back-up for the existing bilge pump.

The lights for the interior, the flood lights, and the deck are all LED while two Carlisle and Finch 1,000W searchlights have been fitted as well.

The tug also comes equipped with a small skiff that can be deployed and recovered via a Thern davit.

Gretchen V. Cooper is the 20th overall vessel to join the active CMT fleet. It has already begun operating on the Tennessee–Tombigbee Waterway, a 234-mile (377-kilometre) man-made river system that connects the Tennessee River with the Black Warrior River in Alabama. 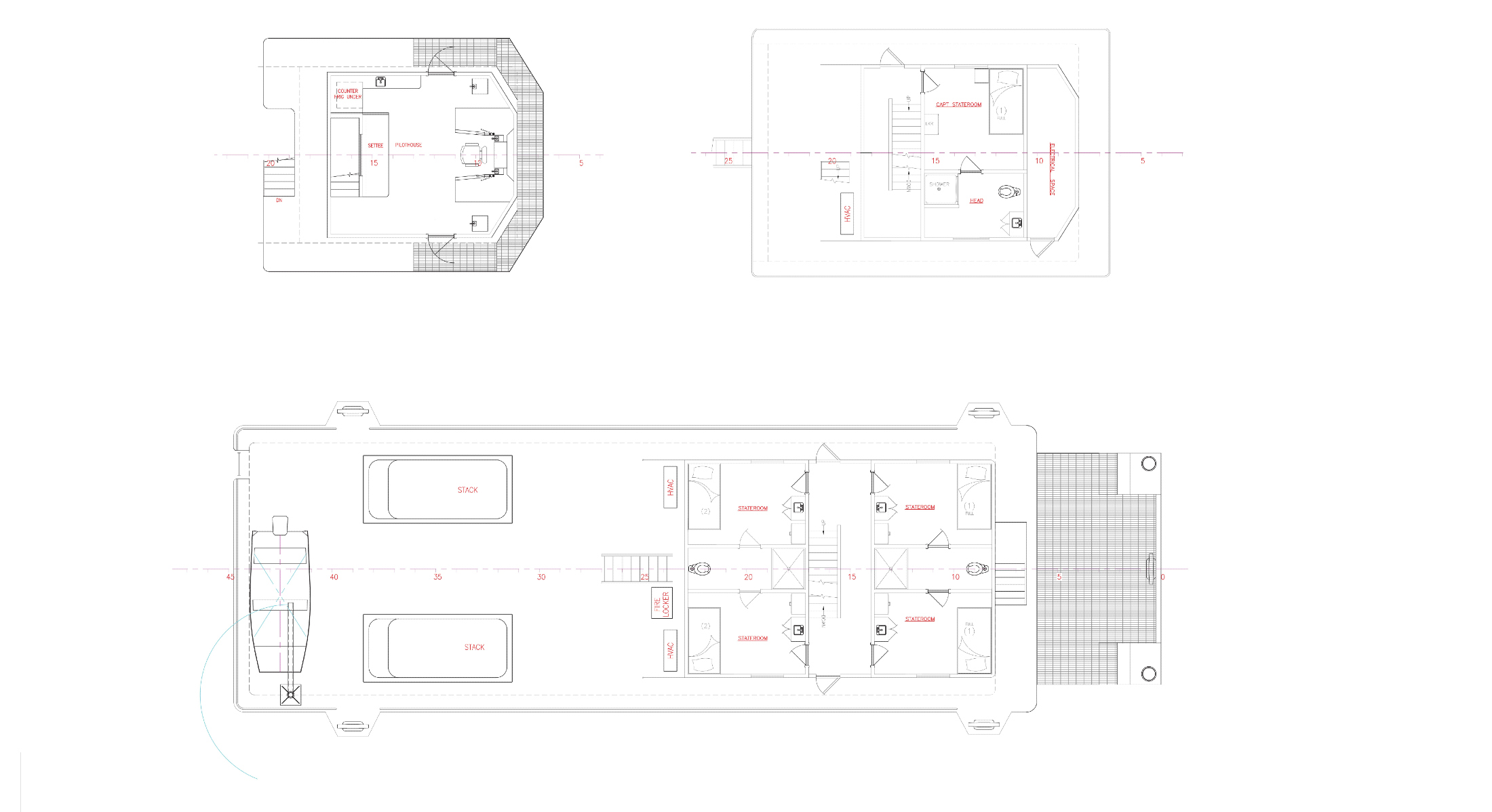 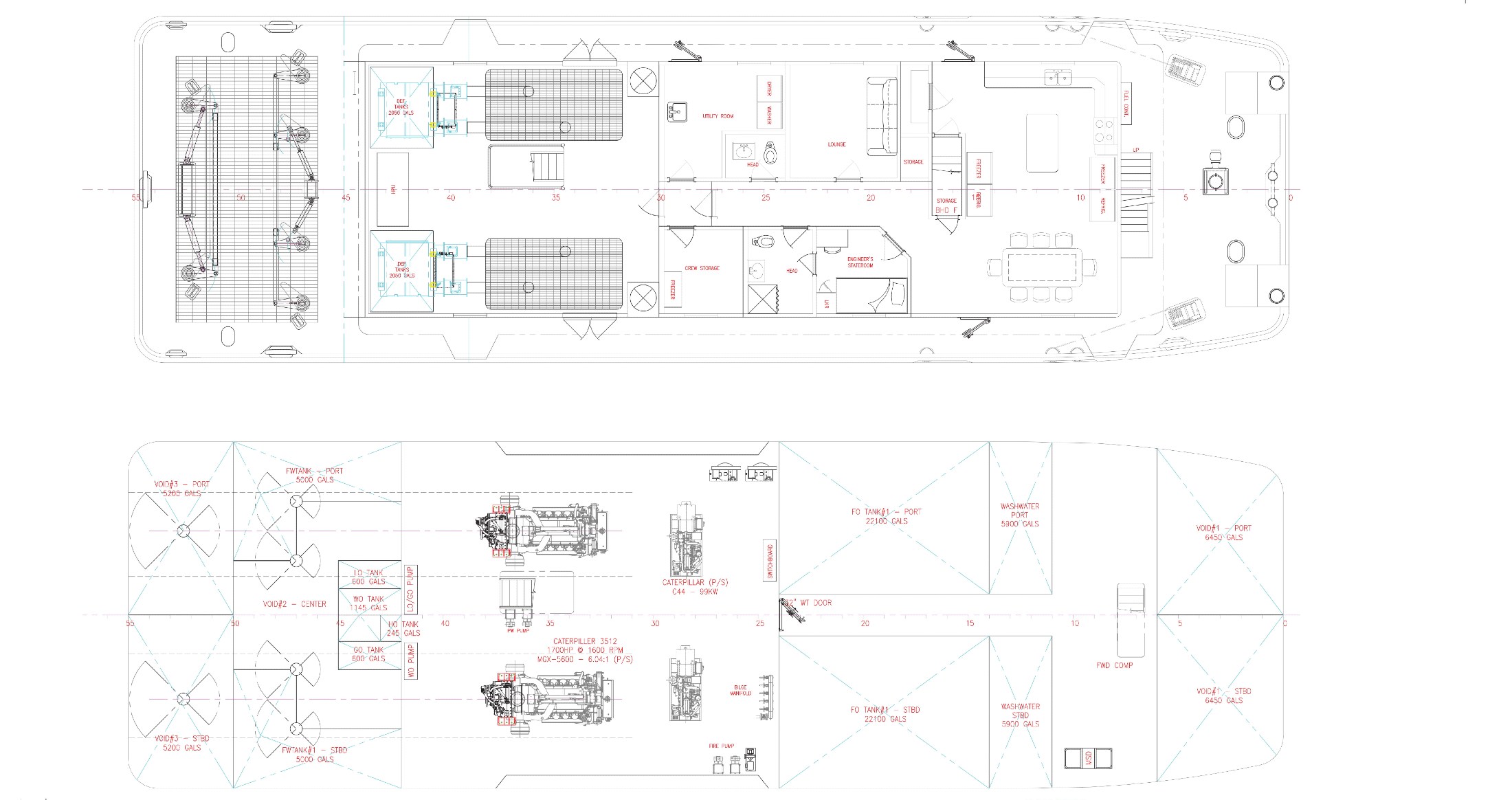