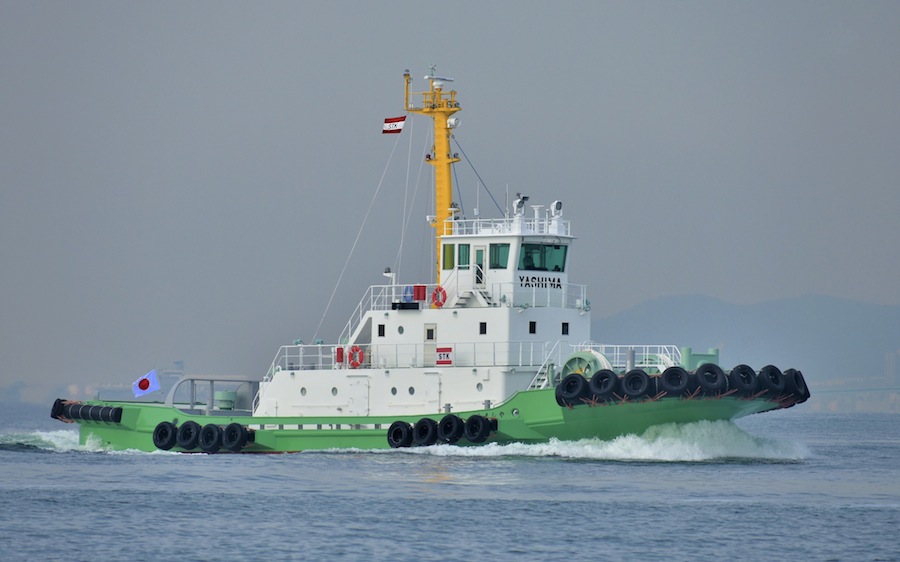 The vessel is of all-steel construction and was designed and manufactured by long-time Osaka-based tug builder Daizo Corporation in compliance to Japanese Government (JG) survey rules.

The newbuild has an LOA of 33.4 metres, a beam of 9.6 metres, a depth of four metres, a maximum draught of 3.1 metres, and a displacement of approximately 497 tonnes at full load. Crew berths are available in the form of seven one-person cabins on the bridge, upper, and bottom decks.

There are also two additional accommodation spaces that are nearly similar in layout to the crew cabins. One of these is situated near the cabins of the captain and the chief engineer on the bridge deck while the other is adjacent to the galley and a solitary crew cabin on the upper deck. These two additional berths could accommodate a total of 10 people.

Yashima Maru’s main propulsion consists of twin Yanmar 6EY26W engines each rated at 1,471 kW while backup propulsion is provided by two 6CHL-HTN 80kW auxiliary engines which were also supplied by Yanmar. The engines are connected to a pair of Kawasaki Heavy Industries KST-180ZF 2.2-metre azimuthing thrusters, and this configuration gives the tug a maximum speed of 14.2 knots, a range of 75 nautical miles at a cruising speed of 13.3 knots, and a bollard pull of 55 tonnes.

Furthermore, both Daizo and Kawasaki claim that the thrusters will enable the tug to operate with about seven per cent less energy consumed and a noise level of as much as 10 decibels lower compared to most other vessels of similar size and performance.

The majority of the tug’s electronics – including the radar, sonar, radios, compass, GPS, and AIS – were provided by Furuno, and two 100kVa generator sets supply power for the electronics. However, as an alternative measure aimed at helping reduce emissions, the electronics may also draw power from onboard batteries that can be charged at dedicated shore facilities in-between sailings. In the case of Yashima Maru, the batteries consist of one 4V 200Ah and two 12V 76Ah direct current units, all of which were provided by local manufacturer GS Yuasa.

Yashima Maru has already begun operating under Shibaura Tsusen, providing towing and ship escort assistance to vessels that ply the ever-busy waters of the Port of Tokyo.

For more news, features and vessel reviews as part of this week’s Tug and Salvage Week, please click here 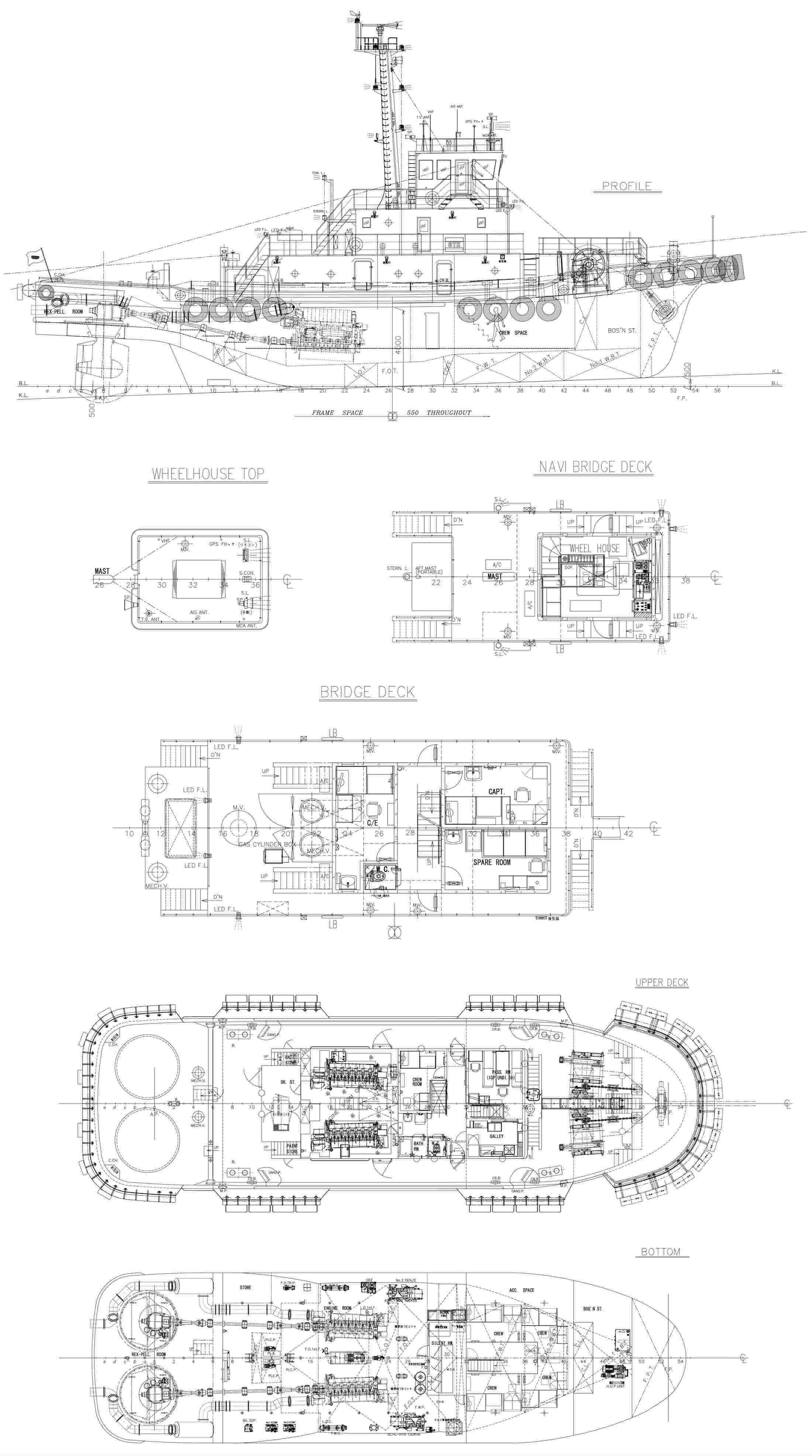