The tug is powered by Caterpillar 3512C main engines that produce 3,806kW at 1,800 rpm to drive Kongsberg Maritime 2,500mm propellers. This arrangement delivers a bollard pull of 60 tonnes and a maximum speed of 13.6 knots. The vessel is highly manoeuvrable with an ergonomic deck lay-out, allowing easy access to winches, bollards, and fairleads.

The tug also boasts a firefighting pump, two foam/water monitors with a combined discharge rate of 2,400 cubic metres per hour, and a Heila deck crane with a maximum lifting capacity of 3.6 tonnes. The clear deck has a total area of 35 square metres, allowing it to accommodate cargo totalling 30 tonnes.

A winterisation package will ensure safe operations year-round off France’s Mediterranean coast. The HVAC system uses excess heat from the engines while Damen’s proprietary double glazing safety glass increases comfort when the heating or the air conditioning is in operation.

Damen also equipped the tug with a digital alarm, monitoring and control system (AMCS), which integrates data from all systems on board that are connected by sensors and controls. The builder said this connectivity also allows for remote monitoring, enabling the owners to optimise fleet performance and efficiency.

The navigation and communication electronics consist of VHF radios from Sailor and Jotron, a Cassens and Plath compass, an autopilot and GPS from Simrad, and an echosounder, radar, and AIS supplied by Furuno. Two Norselight searchlights are also fitted. Power for these and other onboard systems is drawn from two Caterpillar C4.4 107kVA generators.

Accommodations are available for eight crewmembers.

TSM Odet will be operated out of the Port of Sete on the French Mediterranean coast. TSM will employ the new tug for port operations, terminal operations, and sea towage. 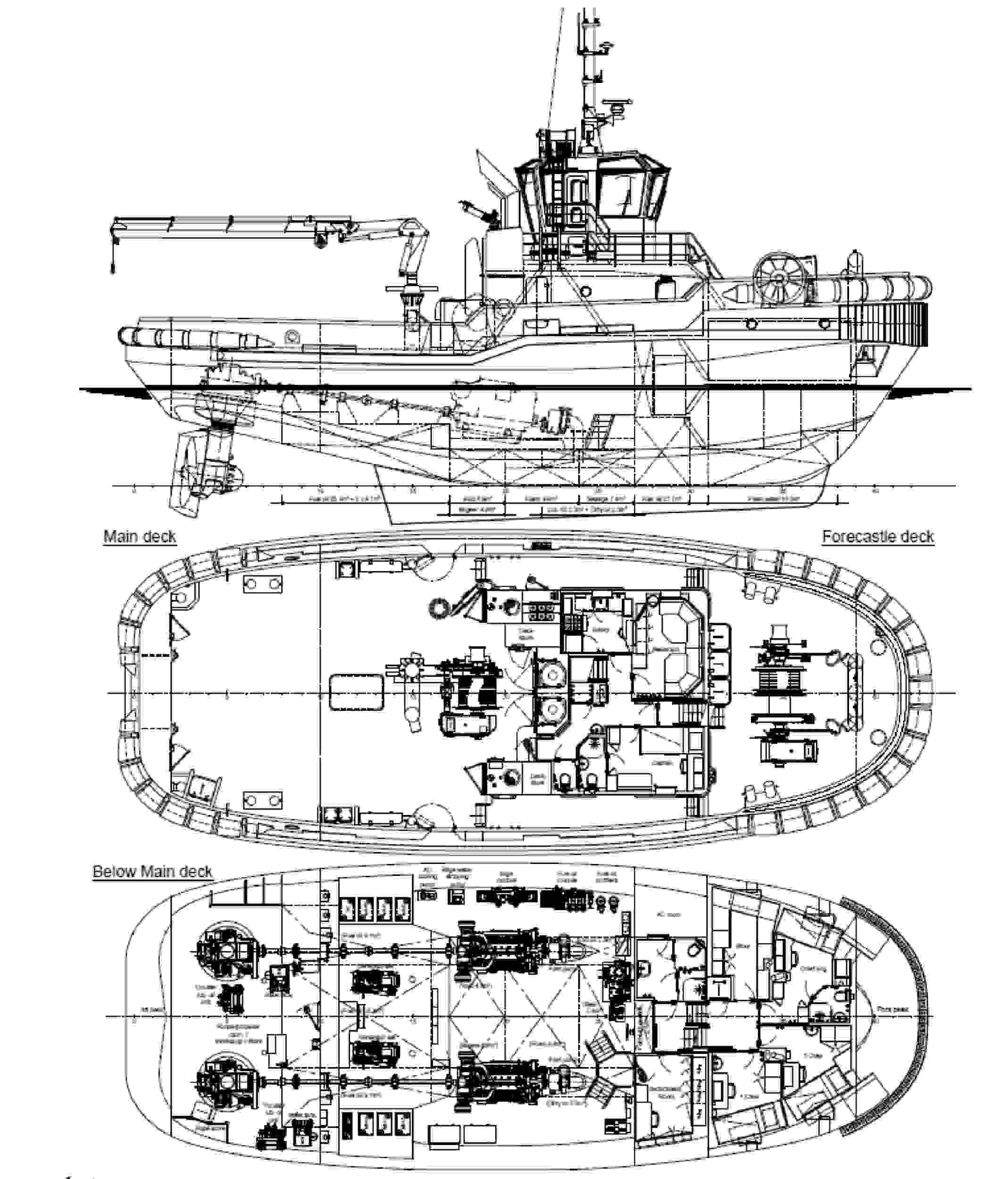