Rizhao Kingda Shipbuilding Heavy Industry of China has handed over two new ASD tugs in a series to Ri Zhao Port in Shandong on the country’s Yellow Sea coast.

Ri Gang Tuo 1 and Ri Gang Tuo 2 were both designed by Canadian naval architecture firm Robert Allan Ltd. The sisters belong to a series that has been specially designed for owners that prefer to operate tugs with shallow draughts and to assist ships with low freeboards. Other roles include coastal towing, general purpose towing, escort, and external firefighting.

The new tugs each have an LOA of 34.3 metres, a moulded beam of 11.2 metres, a maximum draught of 4.61 metres, and two foam monitors. Power is provided by two Niigata 6L28HX 1,838kW diesels connected to Kongsberg Maritime US205S P20 Z-drive, fixed-pitch propellers. This configuration will allow the tugs to achieve a bollard pull of 64.3 tonnes and a free running speed of just over 14 knots.

Each of the multi-purpose tugs is outfitted with a variety of deck machinery including a hawser winch from Masada Ironworks and two windlasses.

The accommodations have been outfitted for a crew of ten with master’s cabin, mess, and galley arranged in the deckhouse and all other crew cabins located on the lower accommodation deck. There is also a provision store on the lower deck.

The wheelhouse is designed with a single split-type control station that provides maximum all-round visibility with exceptional visibility to the bow and side fendering as well as operations on the aft deck. 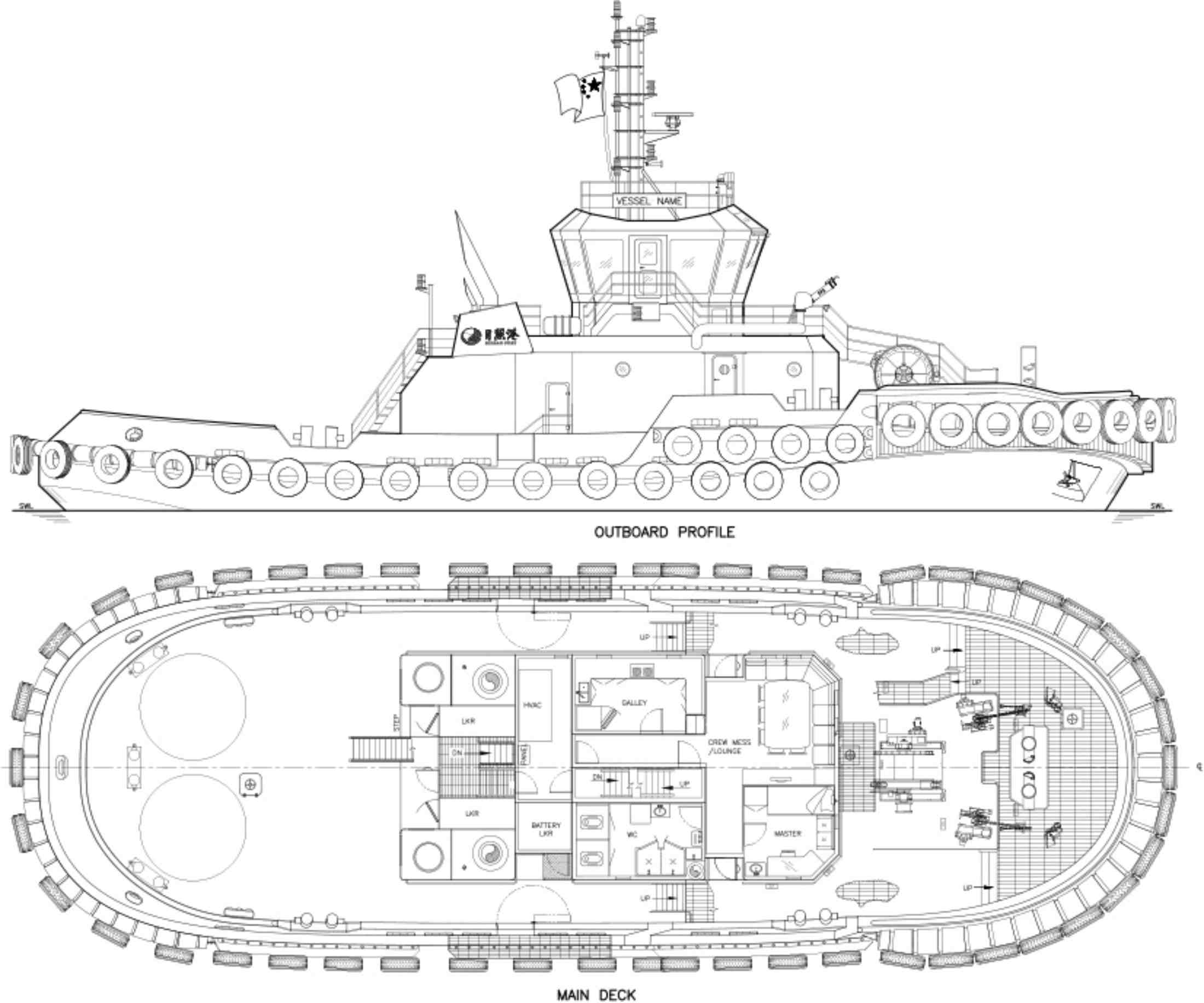