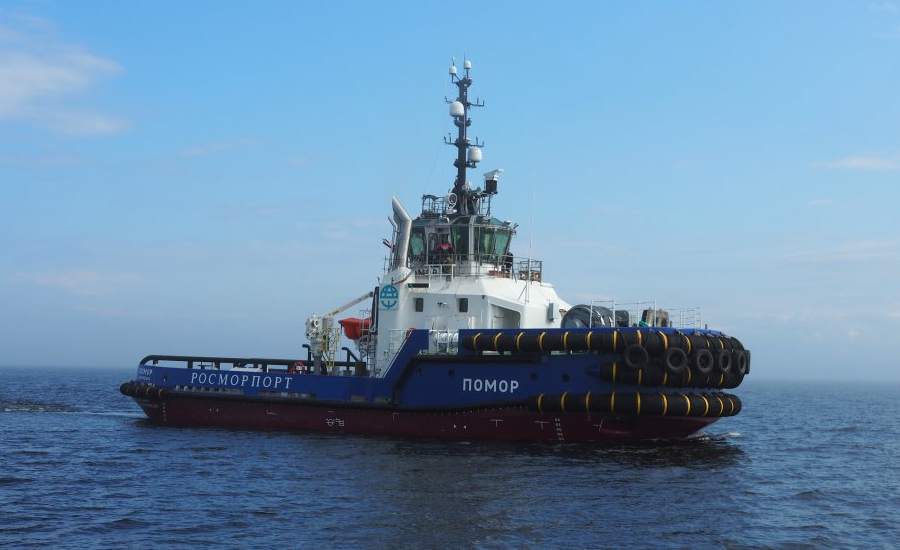 Russia’s Onego Shipyard recently handed over a new ASD escort tug to local port operator Rosmorport for use in its branch at Arkhangelsk on the country’s Far East coast.

The tug has been named Pomor in honour of a Russian ethnic group from the country’s White Sea coastal communities. Design work was carried out by Dutch naval architects Damen Shipyards Gorinchem in compliance to Russian Maritime Register of Shipping rules that cover ice class vessels with Arc5 notation.

The vessel has an LOA of 33.7 metres, a beam of 12.5 metres, a maximum draught of just under 5.7 metres, and a displacement of just under 950 tonnes. A pair of MAN 12V175D diesel engines drive Kongsberg Maritime US285 fixed-pitch 2,800mm propellers to deliver a bollard pull of 45 tonnes and a free running speed of 12 knots even when the tug’s draught is at its maximum level. The engines come with keel cooling while the engine room also features ventilation fans with a combined capacity of 80,000 cubic metres per hour. 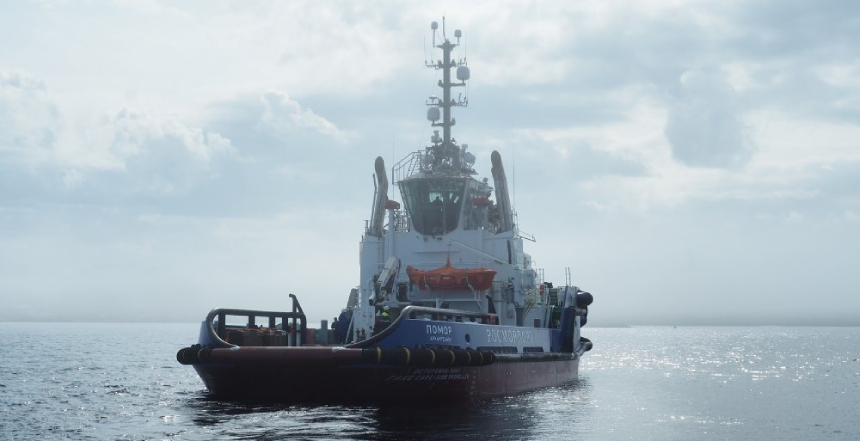 The hull has been reinforced to enable the tug to also perform limited icebreaking assistance for other ships that sail in and out of the Rosmorport-operated seaports of Arkhangelsk and Sabetta. Other secondary functions are the transfer of pilots to the larger ships that call at the two ports and limited cargo transport courtesy of a spacious aft deck. The tug can even take on emergency response duties, being equipped for a range of functions that include search and rescue, oil spill response, salvage, and firefighting.

Two Caterpillar C7.1 generator sets supply power for communication and navigation electronics that include a Furuno FAR 2117 X-band radar, a Simrad AP-70 autopilot, a Samyung SGN-500 GPS, Cobham Sailor 6222 VHF radios, a Motorola DM4400 UHF radio, Jotron EPIRB and SART, and two Norselight 2,000W searchlights. A suite of CCTV cameras covers the engine room, the accommodation spaces, and the deck areas, where the DMC anchor and towing winches are located. Located just outside the wheelhouse aft are two water monitors for use in external firefighting duties and an MOB boat with davit.

The tug has MLC-compliant accommodation spaces for up to eight crewmembers and two additional personnel. All interior spaces have floating floors and air-conditioning while the wheelhouse also features acoustic lining in the ceiling to ensure improved comfort for the crew. There are single cabins for the captain and the chief engineer and the remainder of the crew are housed in three double cabins.

Other amenities include a galley, a mess/lounge, a dry stores area, sanitary facilities, a changing room, and a drying locker. 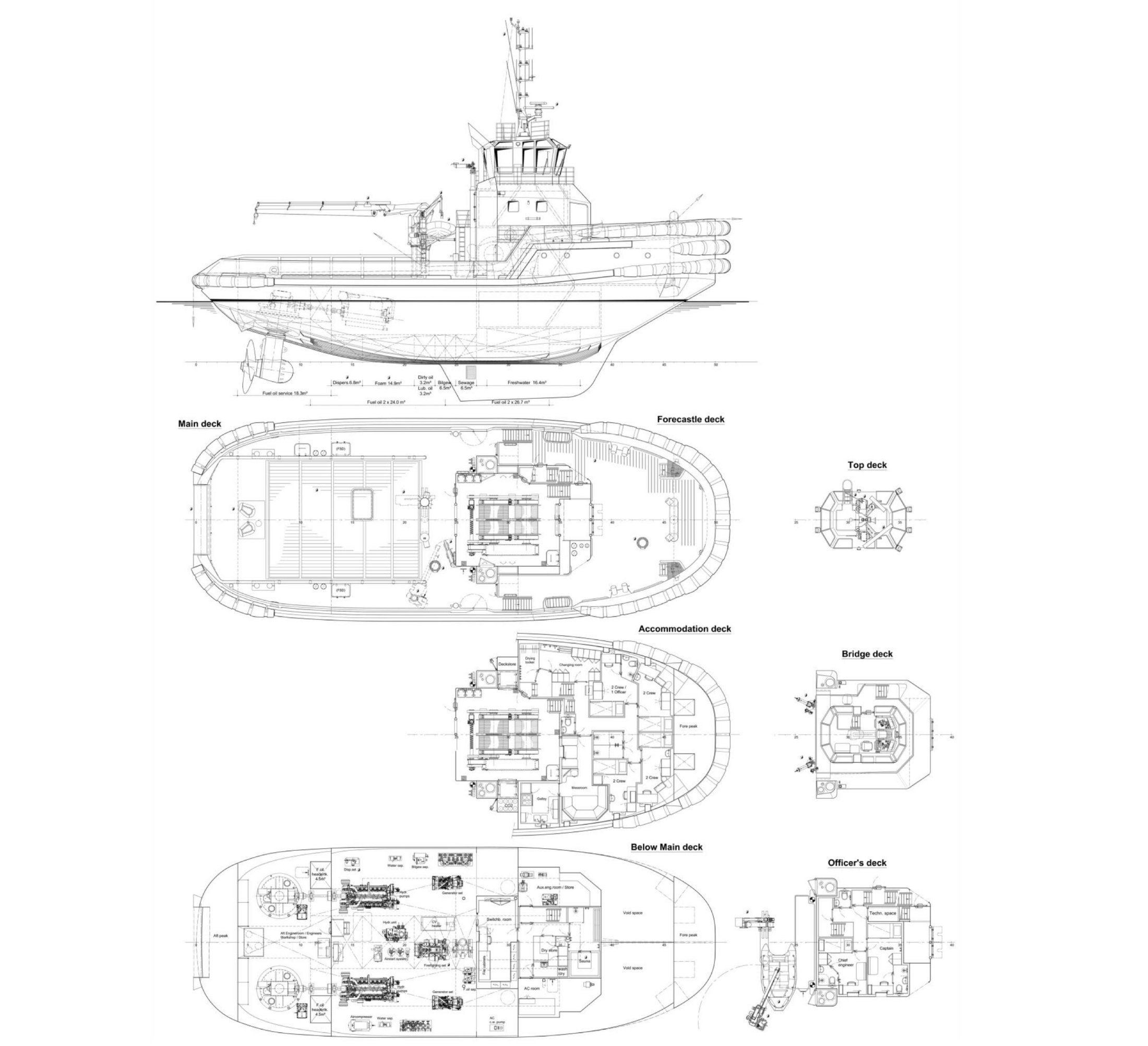