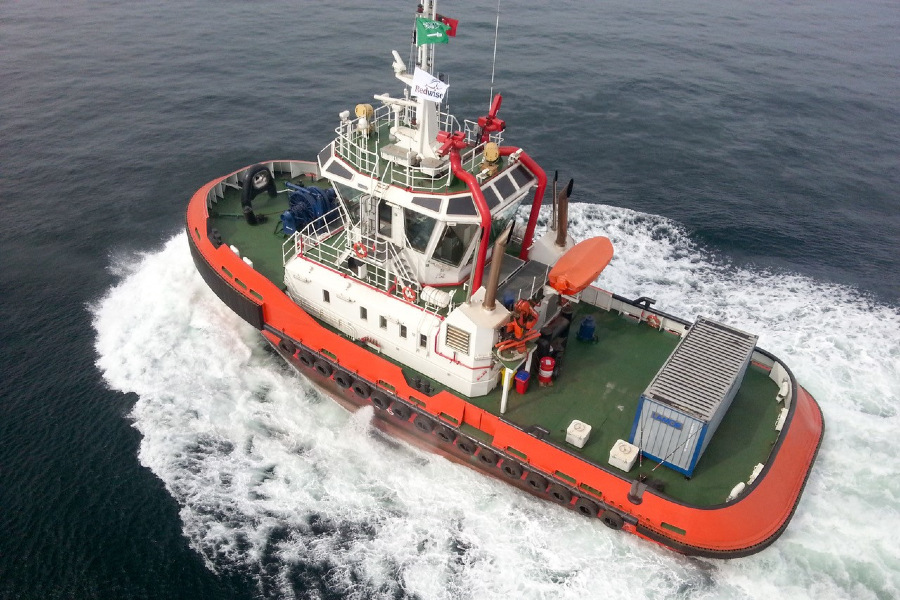 Turkey’s TOR Group of Companies has completed construction of a new all-steel tug that is designed to perform harbour towing, escort, ship assist, and firefighting work, particularly in the waters of the Red Sea and the Arabian Gulf.

The multi-role vessel is an improved variant of an earlier 30-metre ASD tug design that had been developed by MacDuff Ship Design of Scotland. Classed by Bureau Veritas, the new tug has an LOA of 30.5 metres, a moulded beam of 11 metres, a moulded depth of five metres, an operating draught of 5.2 metres, and a displacement of 655 tonnes in standard operating configuration.

The tug is powered by two Yanmar 6EY22AW main engines, each of which has a rated output of 1,330 kW at 900 rpm. The engines are connected to a pair of Schottel SRP 1012 ASD controllable-pitch units, and recent trials have shown the arrangement to be capable of producing 42 tonnes of bollard pull ahead and 40 tonnes astern in addition to propelling the tug to speeds of up to 13 knots. 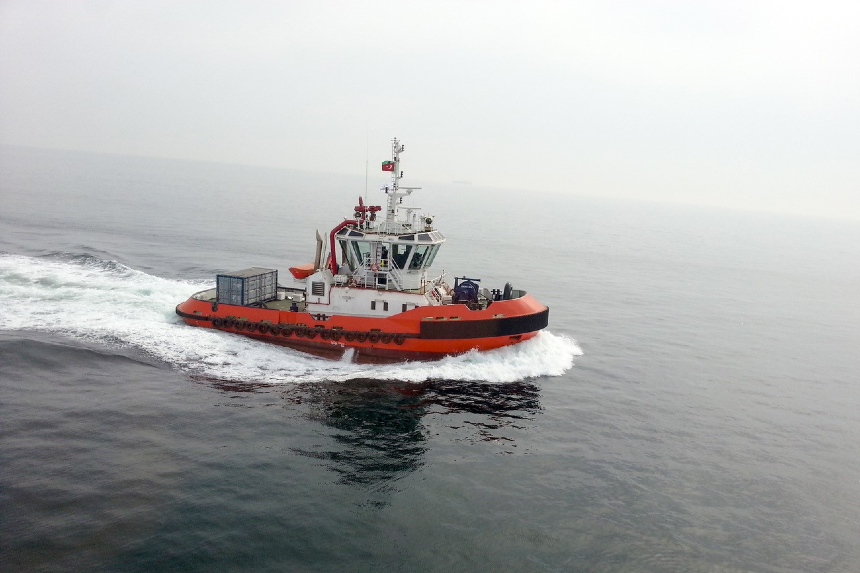 The towing equipment consists of a forward-mounted Ibercisa towing winch with a rated line pull of 20 tonnes and a brake load of 130 tonnes, an aft-mounted Mampaey 65-tonne towing hook, and a hydraulic deck crane with a lifting capacity of 1.5 tonnes and a reach of eight metres. Power for the deck equipment and for the vessel’s electronics is supplied by a pair of Caterpillar C6.6 125kw generators.

The tug is adequately equipped for firefighting duties in both port and offshore waters. It has a Fifi1 system that consists of two main engine-driven fire pumps each rated at 1,329 m³/h and two fire monitors capable of discharging water or foam at a rate of 1,200 m³/h. The monitors are mounted above the wheelhouse to ensure improved all-round coverage, hence greatly adding to the vessel’s flexibility when responding to incidents.

The tug is designed to be operated by a crew of nine, who will be housed in three single cabins with toilets and three two-person cabins on the main/lower deck, though there is enough space on board for accommodating a maximum of 12 people should the need arise. Amenities include a galley and mess area, a laundry room, and communal wash areas. Two 12-person liferafts have also been included for use in evacuations.

Following its completion, the tug joined other MacDuff-designed newbuilds in TOR Group’s own fleet of vessels that are available for charter or sale. However, since the new tug is optimised for operations in the Red Sea and the Arabian Gulf, it may be most ideal for clients located in the Middle East. 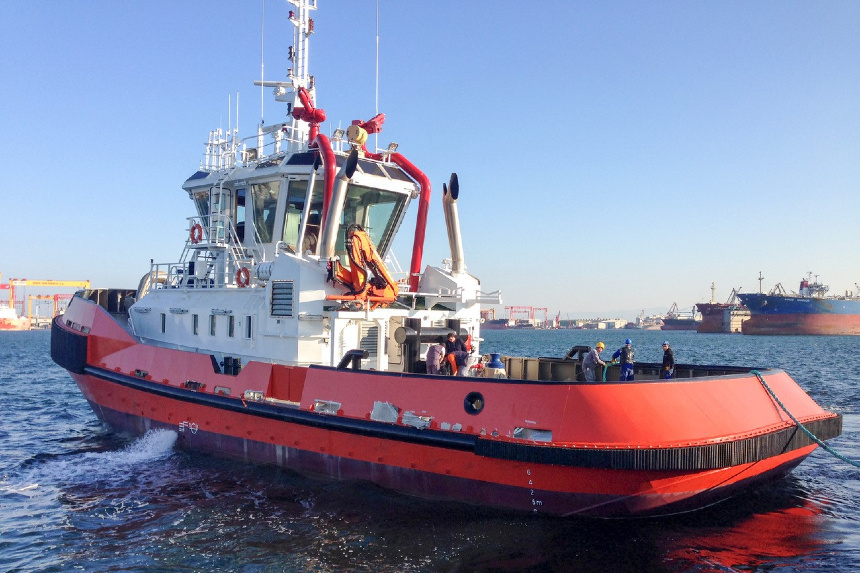 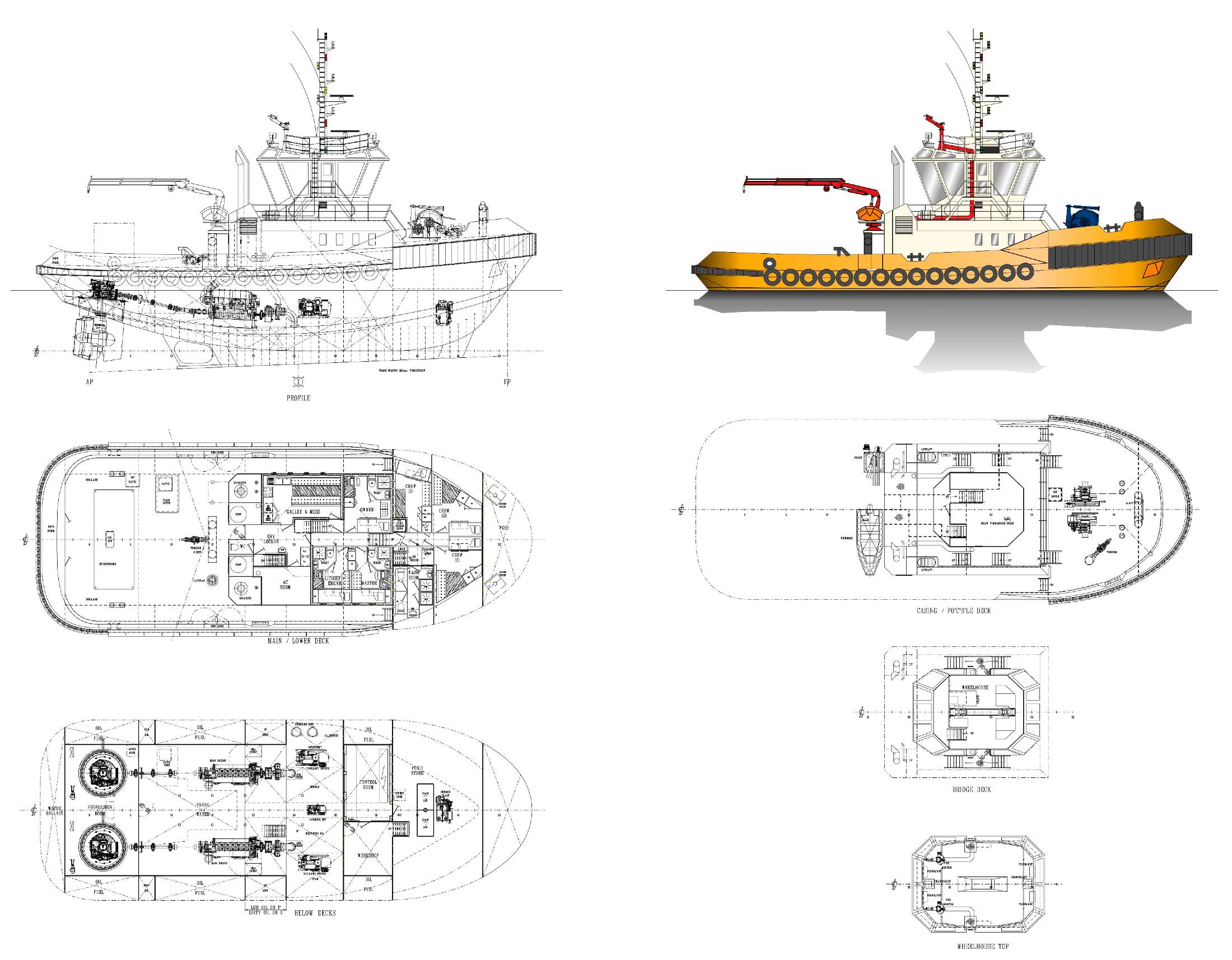