The accommodations are outfitted to high MLC-compliant standards for a crew of up to eight personnel. The single cabins for the master and the chief engineer are located on the main deck while two double crew cabins are located in the lower accommodation deck. Four heads are also fitted on each tug.

The electrical plant comprises two Caterpillar C7.1 118ekW diesel generators. These supply power to wheelhouse electronics that include an Alphatron autopilot and sea and river X-band radars, a compass, and a depth sounder from JRC.

On the foredeck is a Jonrie Intertech hydraulically-driven, single drum winch carrying 600 feet (182 metres) of eight-inch (0.2-metre) Samson Saturn 12 HMPE rope. On the aft deck is a Jonrie Intertech hydraulically-driven, double drum winch that carries 650 feet (198 metres) of eight-inch Samson Saturn 12 HMPE rope on the hawser drum. The towing drum has a capacity of 2,100 feet (640 metres) of 2.25-inch (0.057-metre) steel wire and is fitted with a spooling gear. This allows ship handling over the bow or stern and towing over the stern.

Each tug’s firefighting capacity is 3,000 gallons (11,356 litres) per minute with a single FFS pump and monitor driven off the port main engine PTO. Foam is carried in portable ISO tanks loaded on deck when required.

The tug has extensive ship-handling fendering all around, consisting of a cylindrical and “W”-fender at the bow and stern and “D”-fender installed along the sides.

Two 10-person liferafts from Viking Life-Saving Equipment are also available on each tug.

Both Hermes and Nike are compliant with USCG Subchapter M and constructed to American Bureau of Shipping class rules. 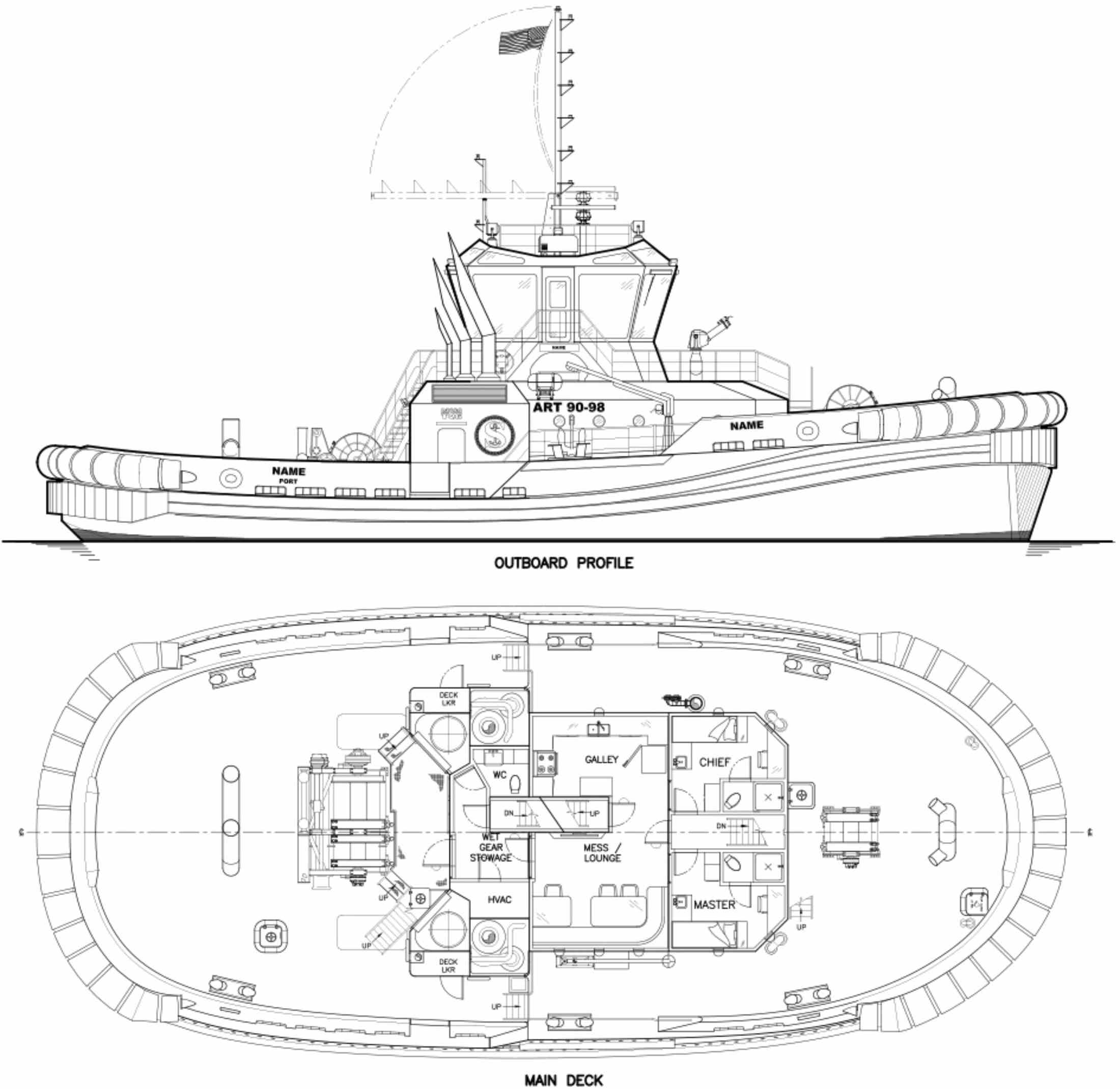