Scottish operator Targe Towing recently welcomed two new compact line handling and mooring vessels to its fleet of workboats that provide support at Ineos Group’s Hound Point Marine Terminal at the southern shore of the Firth of Forth.

The all-steel newbuilds Gannet and Cormorant are being employed primarily to provide berthing and unberthing assistance for the very large crude carriers (VLCCs) as well as the smaller oil tankers that call at the terminal, which regularly sees a considerable volume of ship traffic as it is also the largest export facility for North Sea oil in Scotland. 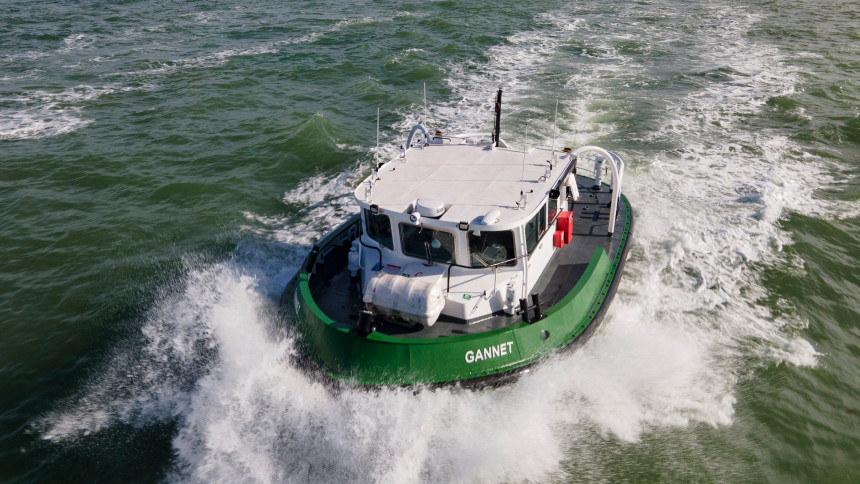 As with other vessels in this series of “mini tugs” designed by Canadian naval architects Robert Allan Ltd, the two newbuilds were intended to be capable of multiple terminal support functions. Thus, in addition to performing line handling duties, the boats will also carry out pollution response, safety patrols, and transport of crews and light stores to and from the Hound Point terminal, hence their rather large deck and cabin spaces relative to their small size.

The two line handling boats each have a displacement of 39.4 tonnes, an LOA of 11.95 metres, a moulded beam of 5.5 metres, a draught of 1.6 metres, and an air draught of only three metres to enable them to easily pass under the mooring lines of larger ships. The mast and the radar on each boat may be folded down to further reduce overhead clearance. To prevent mooring lines from snagging on the boats when sailing in reverse, two outward-facing, protective pipe railings have been installed on the aft wheelhouse exterior. 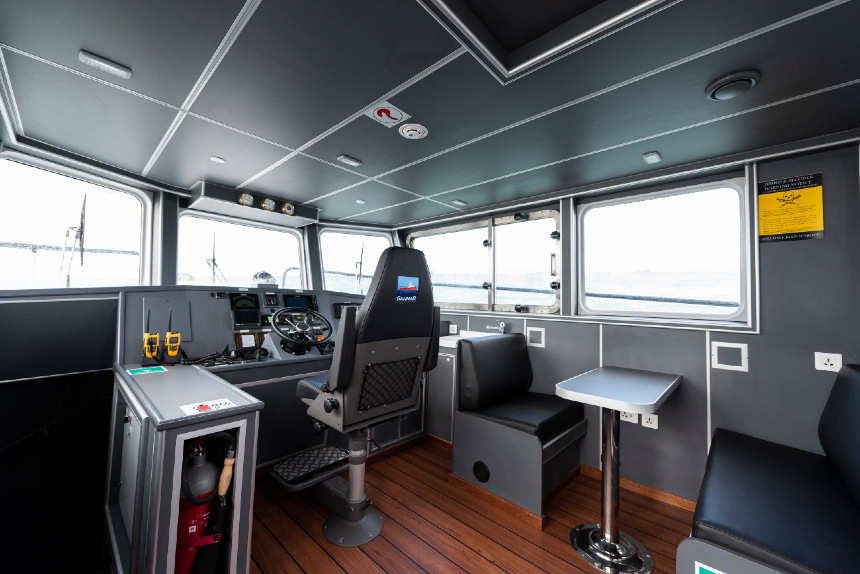 The vessels also boast ample freeboard, robust construction, and excellent seaworthiness, all of which have been deemed by the designer and the owner as essential when operating in the choppy waters of the North Sea. Fendering consists of 200mm D-type on the sheer and an additional D fender near the waterline.

Power is provided by two Cummins QSB6.7 main engines, each capable of producing 224 kW at 2,600 rpm. The engines drive a pair of nozzle-housed 787mm propellers via ZF 286 gearboxes to deliver a maximum speed of 10 knots, a cruising speed of eight knots, and a bollard pull of 6.5 tonnes. The boats are also highly manoeuvrable thanks to their single-chine, CFD-proven hulls with fin keels.

The spacious wheelhouse on each boat has almost 360-degree visibility and is fitted out with a control console, a dinette, small pantry, and extra seating to accommodate up to 12 passengers in addition to a crew of two. The hold deck meanwhile has a toilet, a locker, and a separate space that may be used as an optional accommodation area if needed.

Gannet and Cormorant were both designed to Lloyd’s Special Service Craft rules as well as the British Workboat Code. They were delivered in April 2021 and have since begun operating at Hound Point alongside other RAL-designed and Sanmar-built workboats in the Targe Towing fleet, a number that also includes three larger, near-identical sister tugs that are being used for escort, ship handling, and general purpose duties. 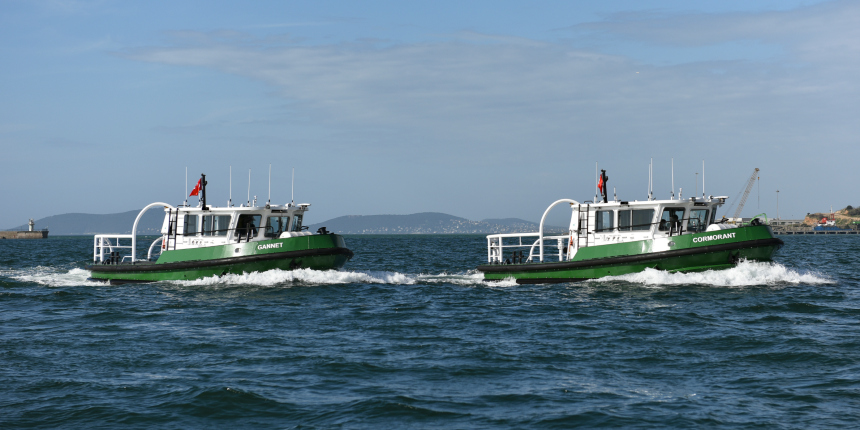