Written by Baird Maritime on May 20, 2021. Posted in Firefighting, Harbour Tugs and Operation. 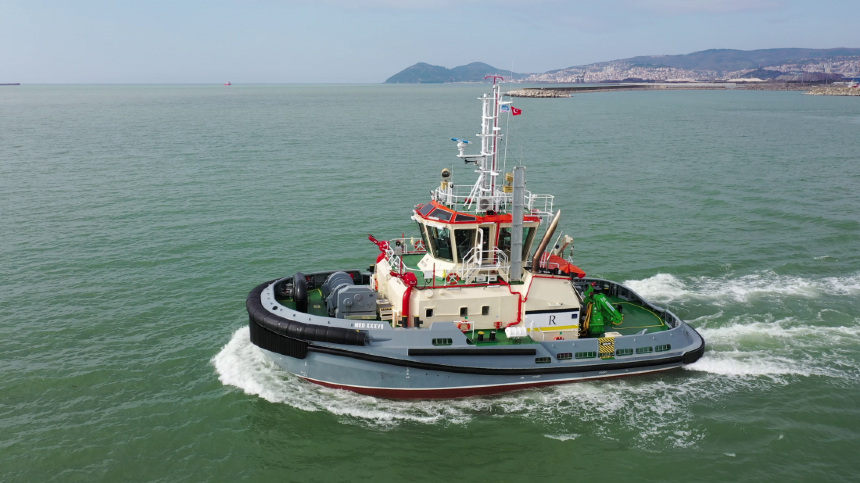 Turkey’s Med Marine has delivered the third new tug ordered from the company by Remolques Gijoneses, a towage operator based in the Spanish northwestern coastal city of Gijón.

As with the two earlier tugs built by Med Marine for the same customer, the third tug utilises a Robert Allan Ltd ASD design.

The new tug has an LOA of 25.2 metres, a beam of 12 metres, and accommodations for seven people. Two Caterpillar 3516C 2,100kW engines drive Kongsberg US255SP30 fixed-pitch propellers to deliver a bollard pull of 70 tonnes and a speed of 12 knots.