Written by Baird Maritime on March 29, 2021. Posted in Harbour Tugs and Operation. 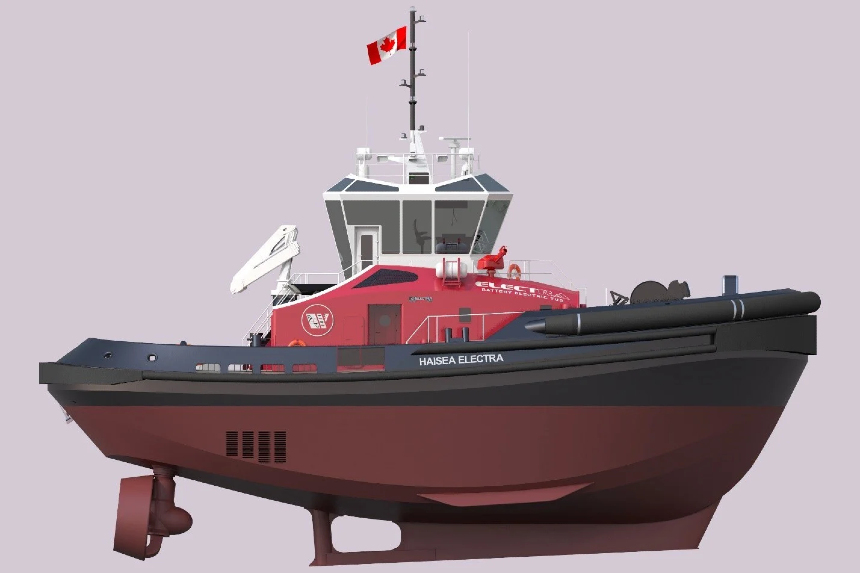 LNG Canada has unveiled the first images of new harbour and escort tugs that will operate in support of the company’s LNG export facility in Kitimat, British Columbia.

The tugs will be designed by naval architects Robert Allan Ltd and operated by HaiSea Marine, a joint venture between Canada’s Haisla First Nation and Seaspan, under a contract awarded by LNG Canada in 2019.

The tugs will come in 28-metre battery-powered (pictured) and 40-metre LNG dual-fuel-powered variants. These will be capable of bollard pulls of 70 tonnes and 95 tonnes, respectively.

LNG Canada said the new tug fleet is expected to reduce CO2 emissions by as much as 10,000 tonnes every year compared to diesel-powered alternatives.