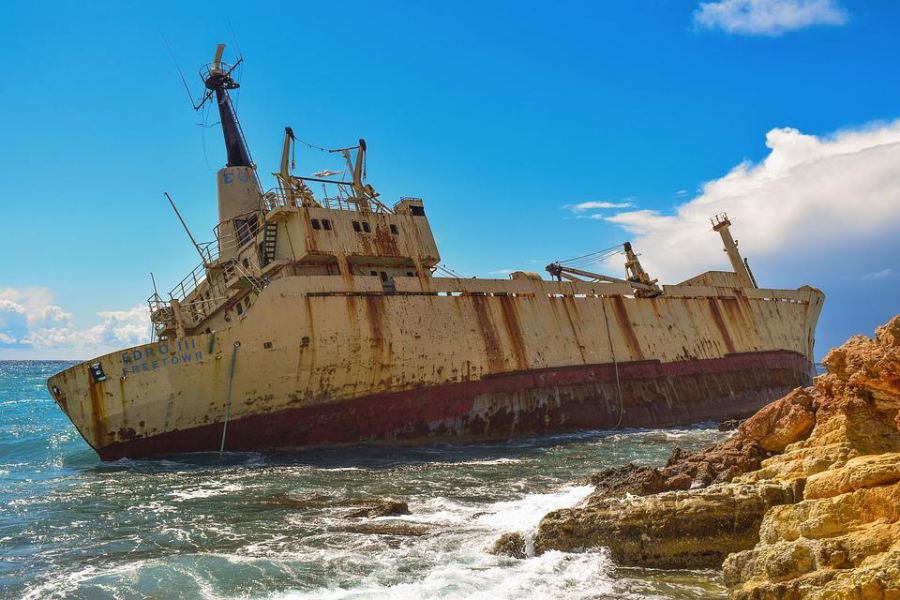 I am a half-ripe fruit, needing both colors to grow into ripeness.”

There are too many saviours on my cross

When I was an impressionable schoolboy in 1968, we were taken to London on a day trip to visit the Science Museum. A keen young science master thought it would broaden our minds to also include a diversion to Leicester Square to see the then-new Kubrick film 2001: A Space Odyssey.

My memories of the trip have faded over the years, but I vividly recall a fascinating display of human skulls demonstrating the evolution of trepanning since ancient times – the museum curators obviously knew what would appeal to the average schoolboy. From the film, I can remember Kubrick’s use of classical music, particularly the majestic Also sprach Zarathustra, but my overriding memory is that I came away from the cinema with the absolute conviction that computers were the embodiment of evil.

Of course, in 1968 none of us had actually met a computer. After watching the film, I doubt if any of us wanted to.

Fifteen years later, somebody gave a talk to the Hong Kong branch of the Nautical Institute and suggested computers would soon appear on ships. The man in charge of maritime training in Hong Kong was quick to put the speaker in his place. “Despite the speaker regarding micro-computers on board as inevitable,” he thundered, “mariners will give them short shrift”. I have no doubt I would have agreed with him.

Forty years on, readers will know I continue to rail against technology in all its forms. Yet in my increasingly rare moments of lucidity, I am forced to admit that I may have written this column on a computer, and have even used technology to assist me in doing my job.

“I like to think we harnessed a small piece of technology to enable us to do our jobs better.”

Years ago my employers decided to invest in an AIS tracking system. A large screen was erected in our operations room, and on the map of Hong Kong and adjacent waters we could see all our tugs and client vessels. This enabled us to ensure our tugs kept to the speed limits we had imposed to conserve fuel (long before it was a fashionable thing to do) and permitted us to make the best use of our resources. The system gave us the information, but it was our staff who interpreted it and made the decisions on tug deployment. I hate to admit it, but it worked quite well.

We did not need multiple sensors to store information in the Fog (he probably means the Cloud, Ed.) to tell us when we needed to do maintenance, because our accountant kept careful fuel consumption figures for each tug, and we could quickly see which vessels were burning more than normal (and more than was good for them). We then interpreted the results. We knew which tug masters were a bit heavy-handed and tended to use more power than was strictly necessary, and if they were good tug handlers we generally forgave them on the basis that it takes all sorts. But if there were more serious discrepancies, a very experienced engineer would investigate and solve the problem, whatever it was, whilst keeping an eye out for other potential problems that may not have been as effectively resolved by our planned maintenance system.

As an aside, I wonder what happens when a company employs an expert to provide tug master training? Do they all drive the same way as the trainer and burn identical amounts of fuel? I suppose modern data collection programmes will assume they should, and send rude messages from the Fog to any master who burns an extra cup of gasoil. Be that as it may, I like to think we harnessed a small piece of technology to enable us to do our jobs better. The technology served us, not the other way around.

This is changing, and I fear decisions in future will be made in the Fog, and simply passed down for the humans to implement. You can see why some owners will relish this – with machines making the decisions, they will not need to employ capable humans and can save money by downgrading the skills of the workforce.

The danger is that technology does not always do what it says on the tin. I discovered recently that the “Safe Return to Port” notation, which I assumed meant what it said, actually indicates a certain level of redundancy but permits the engines and other essential pieces of machinery to shut down provided they can be started again within one hour. Now an hour is a long time when you are being blown onto a lee shore and are due to strike the rocks in five minutes with 9,000 souls on board, or when you are navigating a particularly nasty port approach. I wonder if the cruise companies explain this to their passengers? The cynic in me thinks they probably use the notation as a marketing tool and forget to mention the drawbacks, but I might be wrong.

Would it not be a better use of technology if, whenever it wanted to black the ship out, it sent a message saying something like “I detect a lack of luboil pressure. The master and the chief engineer now have three minutes to discuss the situation and decide whether to let me shut down, or keep the machinery running to escape from immediate danger, at the risk of doing permanent damage”? At least it would give the humans a chance to make the decision, and might even encourage owners to employ capable humans who would make the right choice based upon the circumstances.

“It seems to me that in a perfect world, the technology would serve its human masters, not the other way around.”

As we hurtle towards the brave new world, it is encouraging to note that some experts are starting to say that technology should only be introduced with input from the people who will be its victims, but such cautious pundits are rare. A recent webinar organised by Riviera Maritime Media was told that digitalisation technologies – artificial intelligence, machine learning, virtual and augmented reality, intelligent vessels and digital twins (whatever they are) – would benefit tug operations. They specifically mentioned technical, operational and commercial aspects, and methods of reducing fuel costs and emissions through data analytics. Captain Kimmo Lehto of Alfons Hakans pointed out that solutions that are suitable for one operator may not work for another, but technology can be adapted to suit.

For example, digitalisation and remote monitoring enable better planning and an understanding of fuel savings. “It is good to know some captains use less fuel than others,” he said, and pointed out that with simulators, owners can advise captains how to improve performance and save fuel.

Digitalisation can also bring commercial benefits. “Our aim, when we have the data and can preplan operations, is to avoid unnecessary transits and reduce emissions”. In other words, if you spend enough money and collect enough data, you will be able to do what we were doing a quarter of a century ago in Hong Kong with a simple AIS tracking system, a friendly accountant, and an occasional boot up a deserving stern tube.

Someone at DNV recently asked why, given the clear benefits in terms of environmental gains, lower costs and improved safety, only a few shipping companies are embracing the digital shift? Because nobody has yet demonstrated it will be safer or cheaper, perhaps?

Whilst admitting that not all technology is bad, it seems to me that in a perfect world, the technology would serve its human masters, not the other way around. But where to find such a perfect world? Dare I suggest it already exists in salvage? You will never find an accountant leading a salvage team or doing the damage stability calculations, and I doubt that technology will ever replace the human SCR. For generations, salvors have embraced technology when it would help them do their jobs, and in many cases have developed technical solutions that had not existed before they realised they needed them to solve a particular problem.

The salvage model has been remarkably successful, not least because humans still make the big decisions. If only more sectors of the industry could emulate our salvage brethren then I think the world would be a better place. It will not happen, of course, because the accountants and other ne’er-do-wells who run so many shipping companies only get paid their fat bonuses if they control costs and maximise profits. And very few of them stick around longer than two or three years, so their false economies do not come to light until long after they have departed with their swag. They are not going to risk their bonuses by wasting money on training or recruiting the next generation of professionals, because that would eat into the bottom line. So when they suddenly realise they no longer have any professionals they invest in technology to fill the gap.

I do not think that is a sustainable business model, so if I was an ambitious young tug owner I would be building good, uncomplicated tugs, manning them with good, competent tugpersons, and waiting for the inevitable bonanza when the technology-heavy ships emerge from the fog and start piling up on the local rocks.