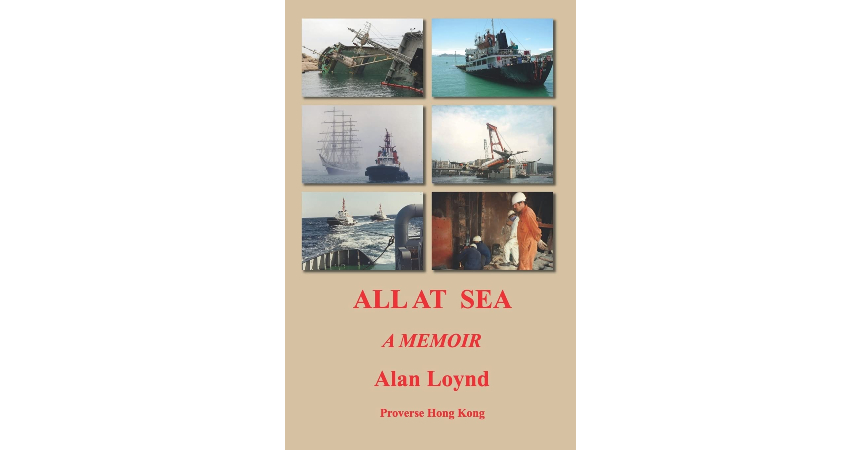 This is a delightful, whimsical, enlightening and instructive book by our renowned and widely respected columnist Alan Loynd. It is very well worth reading by anyone in the maritime industry and beyond.

Alan was a young Devon lad with, self-admittedly, no particular talents or ambitions, who ran away to sea at age fifteen and, after many brilliantly described adventures, ended up 35 years later as a master mariner, renowned salvage expert, and boss of one of the world’s leading tug companies.

Along the way, he moved to Hong Kong, married Christina, with whom he produced, fed, and educated three children, of whom he is very proud, and became a pillar of the Asian maritime establishment. They even entertained Queen Elizabeth II and the late Duke of Edinburgh on the remote Pacific atoll of Kiribati.

Alan well describes the changes undergone by the shipping industry, particularly the British Merchant Navy, during his career. His tales of some of the many fascinating salvage jobs he was involved with are instructive as are those of his more recent activities as a marine consultant and expert witness.

As those who know Alan would expect, his memoir is beautifully and honestly written and exudes endless common sense.