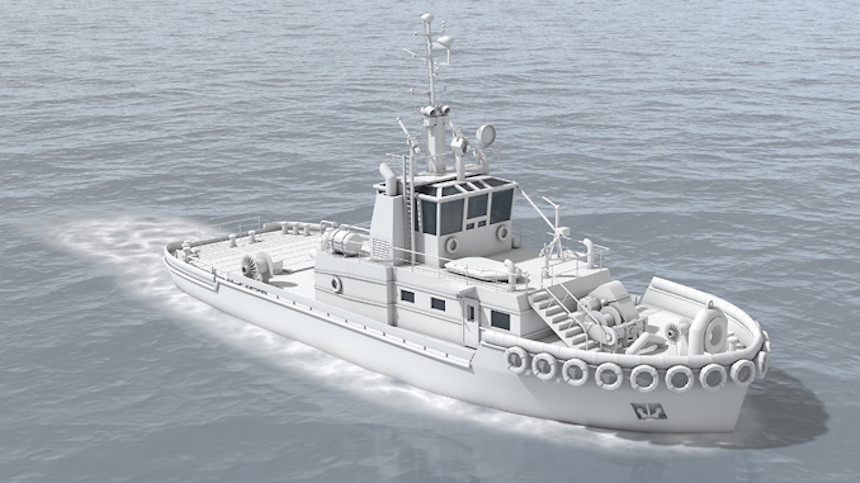 I was disheartened to read that ABB recently signed a deal with Keppel Marine in Singapore to jointly develop technology for autonomous vessels and retrofit it on a 32-metre harbour tug, thus, “enabling autonomous vessel operations in the Port of Singapore by the end of 2020.” Once operational, it is expected to be the first autonomous tug in the region.

The vessel will be operated by Keppel Smit, and will initially complete a series of navigational tasks in a designated test area whilst it is controlled from shore. Thereafter, it will undertake autonomous collision avoidance tasks, although there will be shore supervision.

An ABB spokesman was quick to provide the techno-speak platitudes we have come to expect from anyone in shipping who has something to sell. The project is, “a key marker in our digital journey as it demonstrates our capabilities as a leader in intelligent shipping technology and proves the success of our Electric. Digital. Connected. vision for the maritime industry.”

He went on to claim the idea is not to entirely remove the crew, but simply to relieve them of the tasks which can be automated so they can perform at their best during critical operations.

Apparently, the trial builds on the insights gained from trials on a passenger ferry in Helsinki harbour in 2018, although the spokesman admits Singapore has, “exponentially denser shipping patterns which will add another layer of complexity,” to trials which, “aim to validate the increased safety and efficiency of tug operations by utilising digital solutions.”

After listing all the ABB-trademarked packages that will be used, the spokesman concluded by saying that tug operations, “can be demanding. In addition, sometimes the tugs have to do long transits,” so performing the transits autonomously and under shore supervision will enable the crew to rest and be alert when they are needed.

So that’s all right, then. Tug crews need not worry about being replaced because they are simply going to do less work for their pay, and there are even going to be new jobs created ashore for remote operators, and we will all live happily ever after.

Yes, I think it is a fairy tale, albeit one containing more Grimm than anything else.

Are we seriously expected to believe that tug crews will be permitted to remain in their scratchers until they are needed, whilst generous owners pay them and also donate millions of dollars to the technology companies for kit that makes it possible to do away with them? I think not.

“Another disaster of ECDIS-like proportions?”

But there are more serious considerations here. This is one example of a company with autonomous vessel technology to sell, and there are already dozens more popping up around the world.

What are the requirements for standardisation, or will they all be different? Are we about to witness another disaster of ECDIS-like proportions where everyone has to be retrained when they move from one autonomous vessel to another?

And is it really wise to aim to have a tug in operation within 12 months? I know this is a global race to fame and fortune for the technology companies, but perhaps testing should be a little more rigorous.

How will tug owners pay for the technology? The obvious solution is to remove crewmembers, or pay them less, or extend their tours of duty on the grounds that they now spend long periods doing nothing. Or, more likely, all three of the above.

I am not the first person to point out that the law is a long way behind the technology at the moment. What will happen, for instance, if a tug has a collision on the way to a job, and the police discover there was a qualified captain on board but he was asleep in his cabin at the time?

He or she will probably go to prison, but I hope the courts will allow the owners and the technology manufacturers to join the poor skipper behind bars, because they will be a lot more guilty. Should autonomous vessels even be permitted until laws are updated to cover their presence in our ports and oceans?

I could not help wondering if one of the reasons for this headlong rush towards autonomy was not revealed in an interview with Arjen Van Dijk, who was recently appointed chief commercial officer of Svitzer Americas.

He talked about growth objectives and further “enforcing” Svitzer’s presence in the region, and was kind enough to mention the company’s, “qualified crews and fit for purpose, well-maintained vessels.” I have no problem with that, and would agree they have excellent tugs and crews, but the key phrases may have come after that, when he talked about the challenges facing shipping at the moment.

Shipping companies have faced tough market conditions and pressures to reduce costs, whilst the tug companies have to deal with, “consolidation in the industry and a downward trend in tariffs. To stay ahead we must always seek to improve what we do and deliver the best, safest and most efficient service at the lowest sustainable cost.”

And that, to me, is the problem. People have been saying those words since I entered the industry (although they often leave out the all-important word “sustainable”), and we have been remarkably successful in reducing costs, improving efficiency and generally doing more for less.

Unfortunately, every new generation comes along and says the same thing, without realising that shipping is already stripped to the bone. There is very little we can still do without compromising safety and quality, and perhaps senior managers in companies less honourable than Svitzer, who only get fat bonuses if they do find additional savings, have now realised that autonomous vessels may be the last hope they have of reducing costs and therefore ensuring their large pay packets and generous bonuses will be paid.

Svitzer has a reputation for looking after its people, but when it comes to less scrupulous companies, don’t expect them to worry too much about the consequences of going autonomous.

The days when managers stayed in one place long enough to reap a bitter harvest from their earlier decisions are long gone. Nowadays few people stick around for an extended period, so the ones who promote autonomous tugs will probably pocket their winnings and make sure they are not there when the disasters begin.

Of course, it doesn’t really matter what I think – we are in a headlong rush to develop autonomous tugs and my objections count for nothing. I feel sorry for the young men and women who will have to live with the consequences, but at least there will not be very many of them if the technology companies and cheapskate owners have their way.