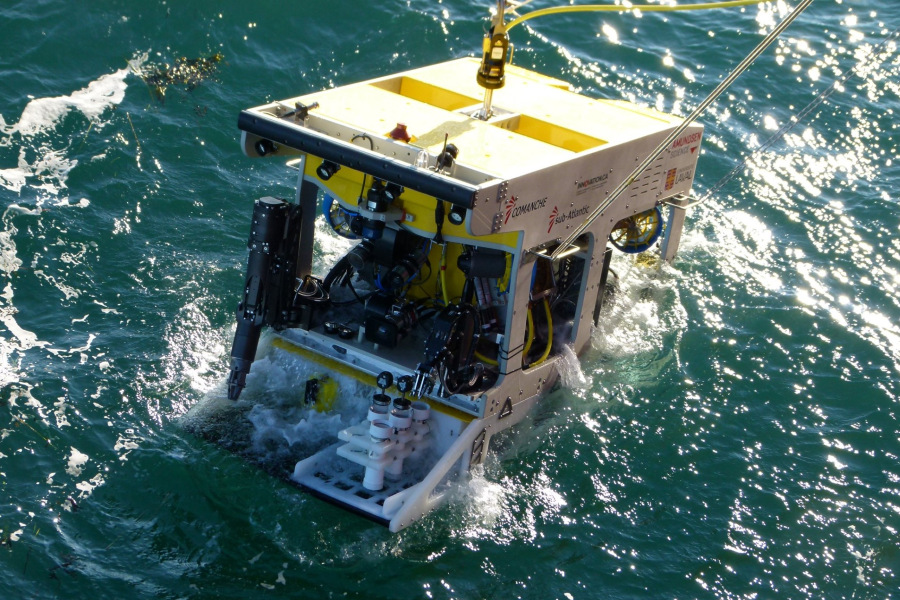 The electric-powered, work-class ROV was originally developed by the UK branch of marine technology company Forum Energy Technologies (FET) to serve clients in both the civilian and the security sectors. This particular example, however, boasts additional features that make it ideal for supporting the CCG’s missions within harsh environment of the Arctic Circle.

“The client required a durable and versatile ROV for scientific study and benthic research,” FET told Baird Maritime. “Improved reliability and performance were considered necessary, as its area of operations is characterised by water depths of as much as 2,000 metres and surface temperatures of as low as –40 degrees Celsius.”

The ROV also needed to be capable of undergoing quick replacement of its payload and other equipment while on Amundsen’s open deck to minimise the crew’s exposure to the elements in addition to significantly reducing downtime.

“The client currently owns one of our previously supplied ROVs, and so it was highly desirable that some equipment fit may be interchangeable, thus allowing re-use of equipment already in the client’s possession such as a sampling skid and a manipulator arm.” 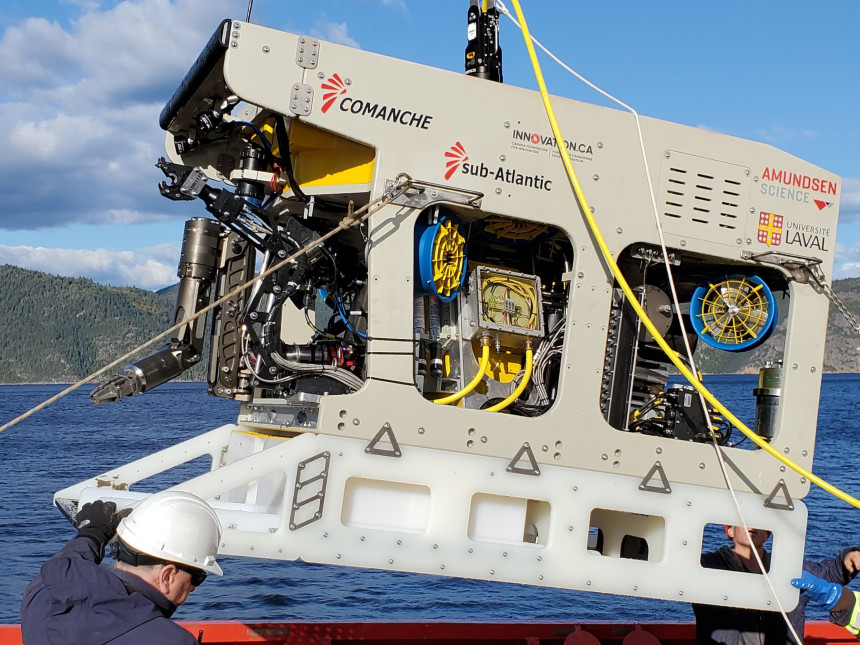 The designer added that sampling capacity such as storage for small rocks, deep water coral, and sediment was of paramount importance due to the nature of the required work.

The 2.1- by 1.3-metre ROV utilises a strong polypropylene frame surrounding an internal aluminium sub-frame with polyurethane paint used for the external coating. FET said this particular combination of materials provides a buoyant and highly resilient package that is well-suited to adverse offshore environments.

An array of seven brushless DC thrusters developed under FET’s Sub-Atlantic brand provide the ROV with increased horizontal and vertical lifting capacity. Four of the thrusters are mounted in a 45-degree vectored horizontal configuration to provide high levels of thrust and manoeuvrability. The remaining three thrusters provide vertical thrust and allow pitch control of the ROV to help counteract the effect of picking up heavy objects with the manipulators.

“The thrusters are positioned to clear the lower deck without need for cut-outs, enabling full use of the deck space for tools and skids,” added FET.

As is the case with FET’s other ROVs that utilise this propulsion arrangement, the thrusters each use a specially developed sealed internal diaphragm to eliminate the risk of water ingress via the shaft seal. This then creates two separate isolated and sealed volumes (a rotor cavity and a stator cavity) to prevent a catastrophic failure due to shaft seal leakage, which FET has claimed is common among other brands of thrusters.

“Operation can continue until the ROV is recovered aboard the mothership, where the rotor cavity can then be flushed, the seals replaced, and the oil replenished,” FET told Baird Maritime.

The ROV also comes equipped with four powerful 5,000-lumen LED lights to provide scene illumination for both subsea operations and navigation. A colour zoom camera and an HD camera supply video images to the pilot and co-pilot on the mothership. A Tritech sonar is used for obstacle avoidance and object detection while a Schilling manipulator combined with a Hydro-Lek five-function manipulator allow for objects to be replaced, moved, or collected.

There are also two laser emitters to assist with accurate distance measurements while underwater. 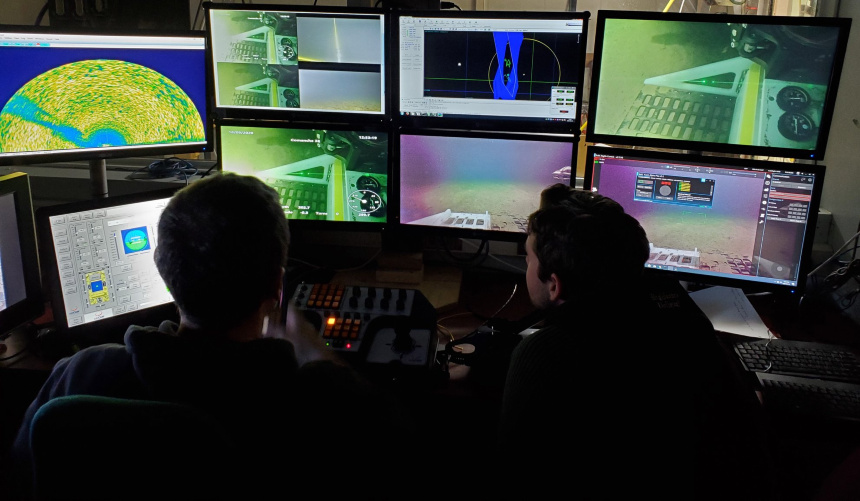 The SCU is the interface between the pilot/operator and the ROV. The unit contains all of the necessary power supplies and electronic interfaces required for communicating with and controlling the ROV from the surface. The SCU monitors and switches electrical power to the ROV and can control other optional equipment that may have been fitted to the craft. 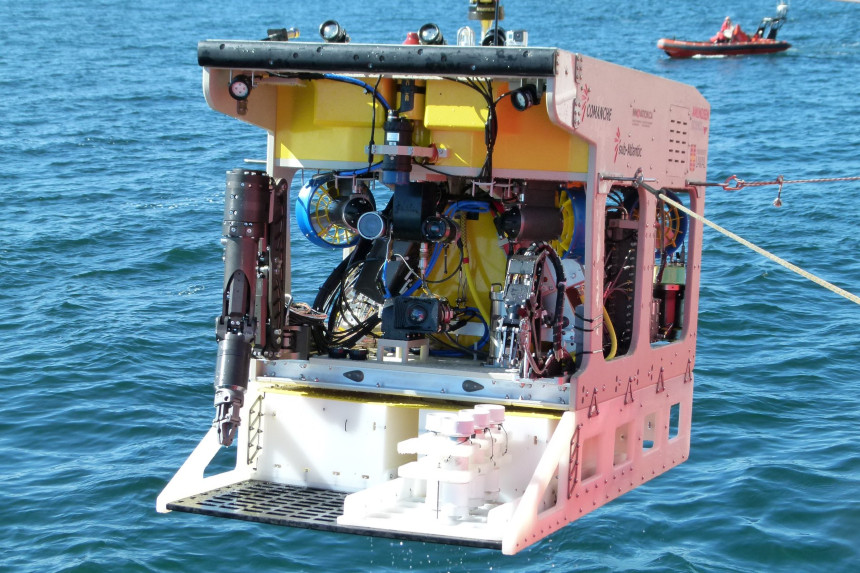