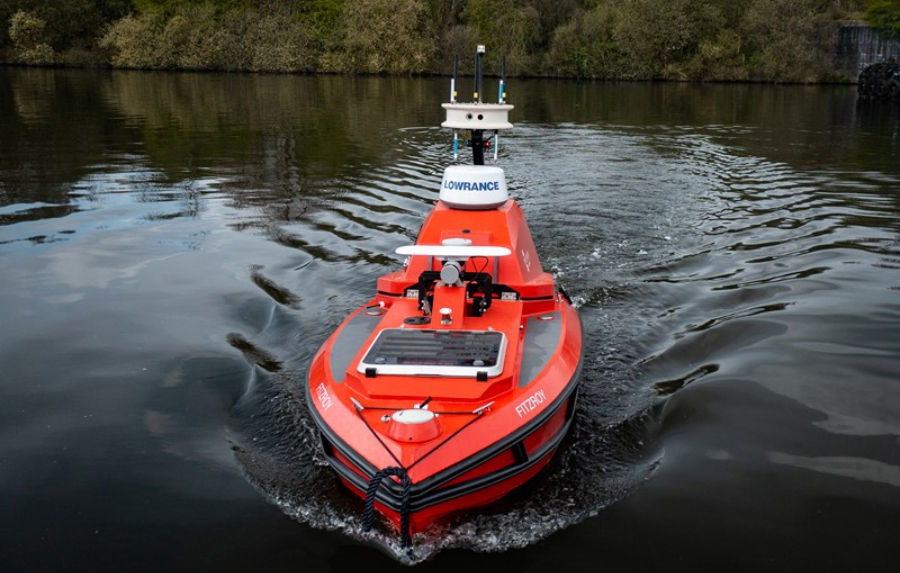 Developed by the UK arm of US-based L3Harris Technologies, the unmanned craft measures 4.5 metres long and displaces only approximately one tonne. It is nonetheless equipped with a Norbit multi-beam sonar capable of high-resolution seafloor mapping even at depths of 100 metres.

Although Fitzroy was designed primarily for hydrographic survey work, the ASV is capable of executing a diverse range of tasks such as hydrology research, scientific exploration, and even search and rescue (SAR). It utilises GPS location tracking and a COLREGS-aware path planning system to follow pre-set waypoints and mission parameters, navigating autonomously while intelligently avoiding obstacles up to 50 metres ahead, though remote navigation by a human operator is also possible from either a shore-side control room or another vessel. The craft communicates to its remote base station via wi-fi, 4G, and VHF radio.

As a standard feature, the ASV is also fitted with L3Harris’ proprietary enhanced communications and situational awareness system that can support operations at extended ranges outside of the direct line of sight of the craft’s human operator. Also, even after routes have already been pre-programmed prior to sailing, these can be updated by the operator at any time through a PC-based graphical user interface, providing increased operational flexibility. 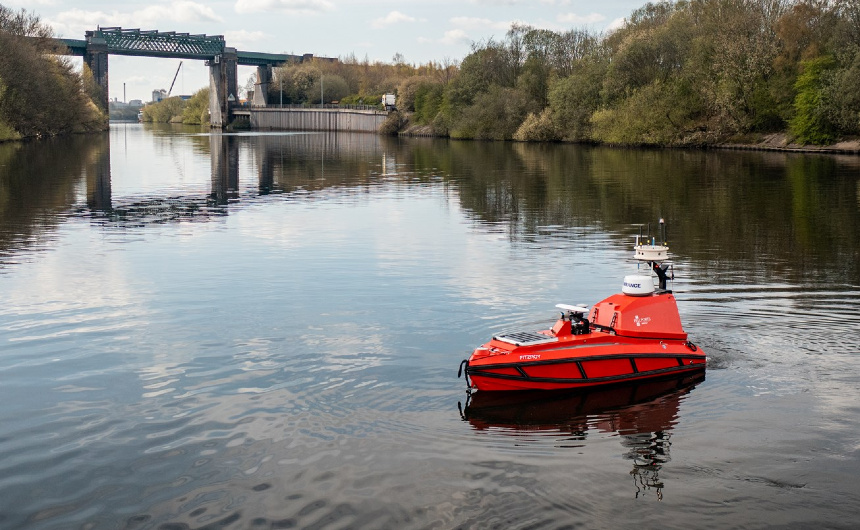 Peel Ports said the ASV was developed to provide a host of benefits, the most important of which is ensuring that demanding survey missions over extended periods are carried out without putting human crews at risk. Thanks to the installation of a low-consumption diesel engine, the craft is capable of sailing for up to 48 hours in between refuellings, making it ideal for continuous surveys even during nighttime or other low-light operating conditions.

The vehicle has a sea chest containing an actuated mounting system for other subsea sensors and a 10U rack system for housing sensor topsides. The waterjet propulsion system enables it to operate in very shallow and constrained areas that are often inaccessible to standard survey vessels.

Because of its compact construction compared to manned survey vessels, Fitzroy also boasts the ability to be easily transportable by road, allowing the ASV to be deployed in Peel Ports Group’s various port locations across the UK. Once at the site, it can be mobilised via a single-point lift system or a slipway launch.